Japanese Ambassador to Cambodia, Mikami Masahiro, has released a short video highlighting the ongoing flood mitigation project in Phnom Penh and urged residents to understand the need for some streets to be blocked during the construction process.

In the video released yesterday, he said the project will be completed next year.

It costs about $36 million and is funded by grant aid from the Japanese government.

It also involves the construction of a drainage system in the northern area of Wat Phnom and the improvement of the canal system in Toul Kork area. 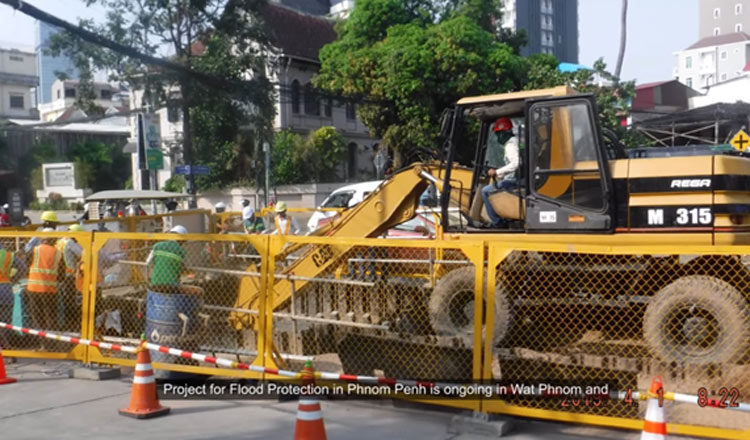 “The rainy season has begun. The project for Flood Protection in Phnom Penh is ongoing in Wat Phnom and Toul Kork area toward completion in 2021. For example, in Wat Phnom Area, the project of digging a tunnel to install pipes seven metres underground is proceeding,” Mr Masahiro said in the video.