Home - PM: Salt a ‘strategic product’ as stock and production to increase

PM: Salt a ‘strategic product’ as stock and production to increase

The Cambodian Government has ordered an increase in salt production and stockpiling as the commodity becomes classified as a strategic product to ensure food security in the Kingdom during the COVID-19 pandemic.

The order has been made in response to low local salt production due to unpredictable weather, as Cambodia is required to import the commodity to fill domestic demand.

“The Government requests an increase in both the production and storage of salt for domestic consumption. This is to ensure that local people have an adequate supply of salt during the COVID-19 pandemic,” said Prime Minister Hun Sen during a speech given at the Peace Palace yesterday. 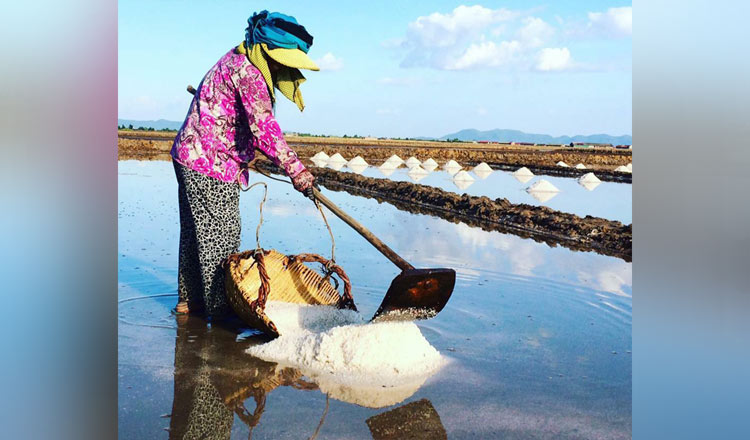 Kapot and Kep are the only two provinces that produce the commodity in Cambodia, with farms covering a total area of 4,748 hectares and owned by
some 200 families who form the Kampot-Kep Salt Association.

Bun Baraing, vice-president of the Kampot-Kep Salt Association said Cambodia’s salt production is likely to improve this year thanks to favourable weather conditions.

“We have already been trying to increase production volume as requested by the government and we hope to have a much better harvest this year due to low rainfall  [the water evaporates quicker, leaving the salt to crystallise in the heat],” Bun said.

While Khmer Times could not get an exact prediction for the amount of salt that will be produced from the salt fields this year, the association stated that the final harvest in June should show “good yields” if current weather continues. 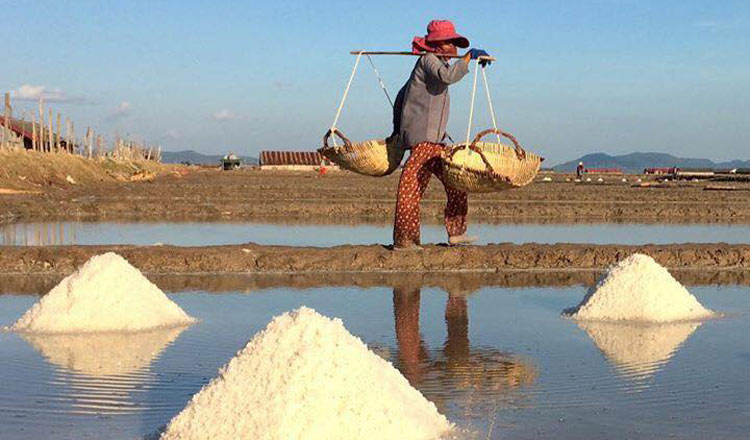 “Based on our production figures this year our predictions do show an increase in yield for this year. In 2019 we faced several issues such as a shortage of workers and unpredictable weather that contributed to our low salt yields,” Bun added.

No sign of slowing sales of borey projects despite Coronavirus