Two sandstone heads of tug-of-war statues have been spotted and brought out from a canal near the Gate of the Dead. This was found today on the eastern side of Siem Reap province’s Bayon temple.

Chhouk Somala, an officer in charge of archaeological registration at the Department of Monuments and Preventive Archaeology said, two heads of statues including one god and a giant of the tug-of-war statue at the Gate of the Dead, have been found by the department’s working team, heritage police and Apsara Authority’s travel agents. 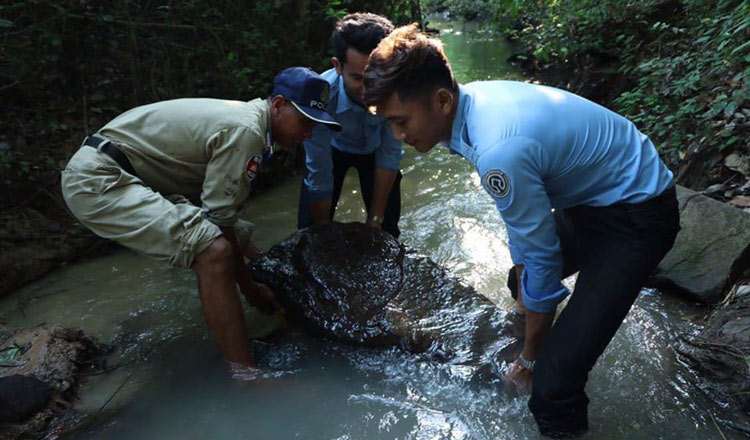 He added, “The god statue found by the working team has four pieces, while another giant statue has only the back part without a face.”

The finding of the two statues was not accidental because the general structures of the tug-of-war statue have been damaged due to the age of  the structure, natural forces, and war which made some of those statues fall into the water and get buried in the ground. Long Kosal, Apsara Authority spokesman, said archaeologists in the past have also discovered the sandstone statues at some sites in the Angkor Archaeological Park, and have been brought to the Preah Norodom Sihanouk-Angkor Museum for study and preservation.

“After taking these two statues out of the water, our working team have brought it to the Department of Monuments and Preventive Archaeology to register them as art objects, repair and conduct further studies before handing them over to be artifacts in the museum,” he said.

Cambodia receives $2 million from US to fight COVID-19