Home - Cases of coronavirus surge to 86 in Cambodia

Cases of coronavirus surge to 86 in Cambodia

The Health Ministry has recorded two more cases of COVID-19 in Kampong Cham and Koh Kong provinces, raising the tally of infection to 86.

Mr Sovann said the two were among Cambodian people who had just returned from religious gathering in Malaysia.

As of today, there are 86 patients, including 35 Cambodians, 12 Malaysians, three British, 33 French nationals, one Canadian, one Belgian and one Chinese – with the last one having since recovered. 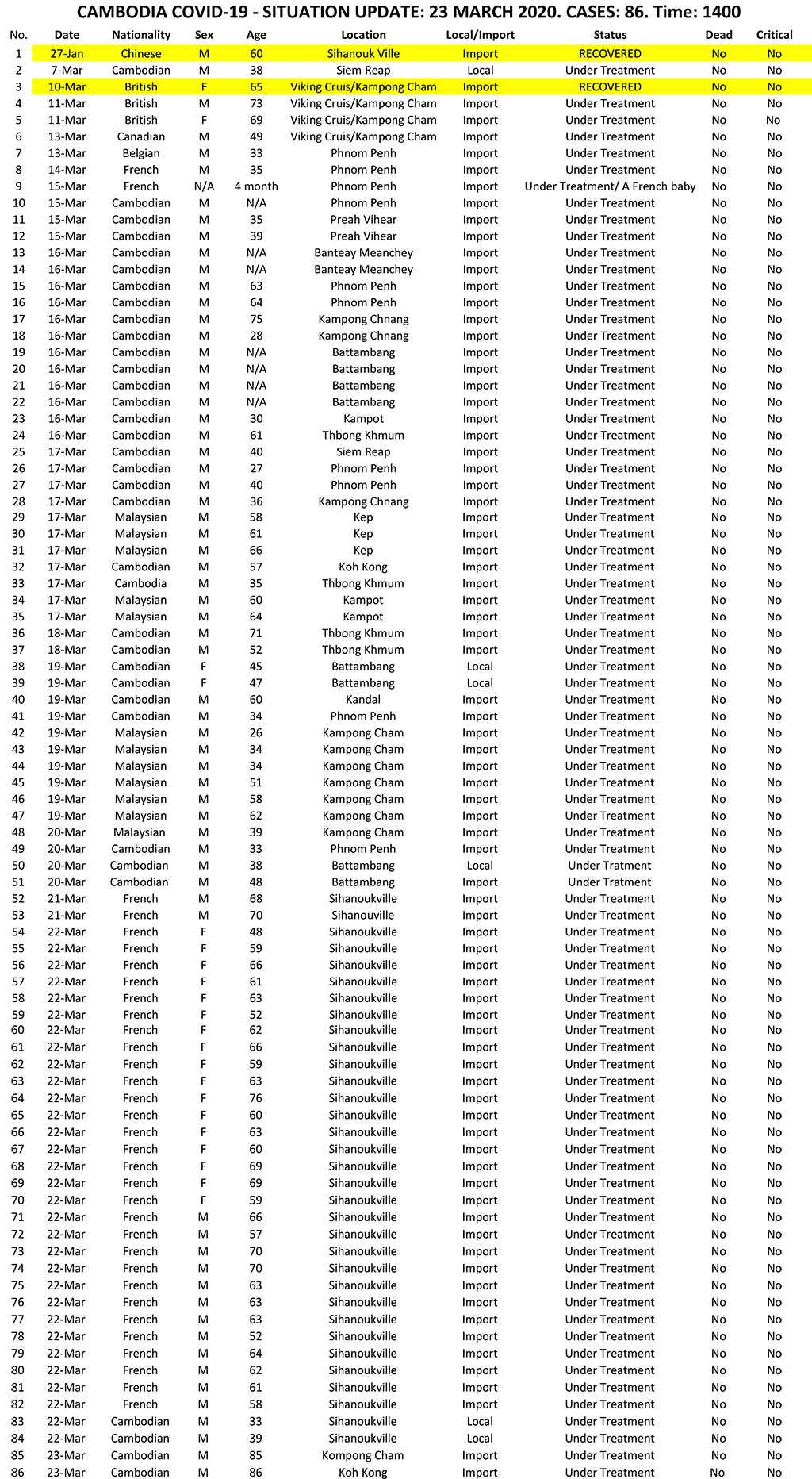