The Royal Palace Ministry yesterday announced the temporary closure of one of the Kingdom’s most iconic buildings amid fears of new coronavirus infections.

According to the government, numbers have surged to 37 this week after two Malaysian nationals tested positive after returning from a mass religious gathering overseas.

The government has temporarily shuttered schools and urged civil servants to work from home. Citizens have been urged to avoid gathering in public.

Oum Daravuth, an adviser to the Queen Mother, said the Royal Palace yesterday temporarily closed its doors to visitors. indefinitely.

“The closure of the Royal Palace for visits was made as a response to the global COVID-19 pandemic,” Mr Daravuth said. “As cases continue to rise, the date which the Royal Palace will re-open remains uncertain.” 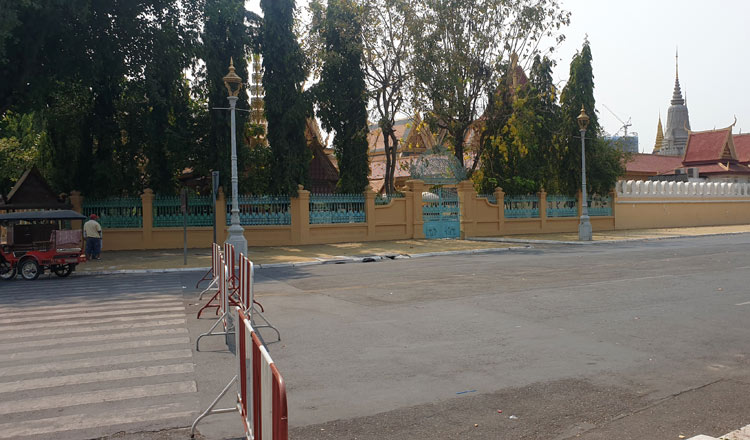 “The Ministry of Royal Palace will update the public as the situation develops,” he added.

Oum Daravuth added: “As the cases are increasing fast, many institutions and other places in the government are closing for the safety of the people”.

However, tourism numbers have declined following the global coronavirus outbreak which has caused 179,111 infections, including 7,426 deaths as of Tuesday, according to the World Health Organization.

“Tourism and the economy are important but in this case, citizens’ lives come first,” Mr Daravuth said.