The General Department of Customs and Excise (GDCE) said its revenue collection has seen a remarkable growth over the last five years, with an average 19.5 percent increase a year since 2014.

“The noticeable achievement is the result of good governance progress of the GDCE reflected by reform and modernisation,” GDCE General Director’s Kun Nhim said.

Kun noted that the revenue collection from duties and Customs taxes exceeded 42 percent of the GDCE’s plan compared with 2014 and revenue rose from about $1.32 billion to $3.22 billion in 2019 – an increase of about 2.5 times.

According to the GDCE, 2019’s revenue from import tariffs increased by more than 30 percent and from value-added tax (VAT) by about 29 percent.

The main revenue sources for 2019 were imports of vehicles and machinery, which, according to the GDCE, represented 50 percent of the total revenue.

Earlier this month, the GDCE voiced concerned over the global pandemic, in which Kun said it will – more or less –  affect the annual plans for revenue collection. 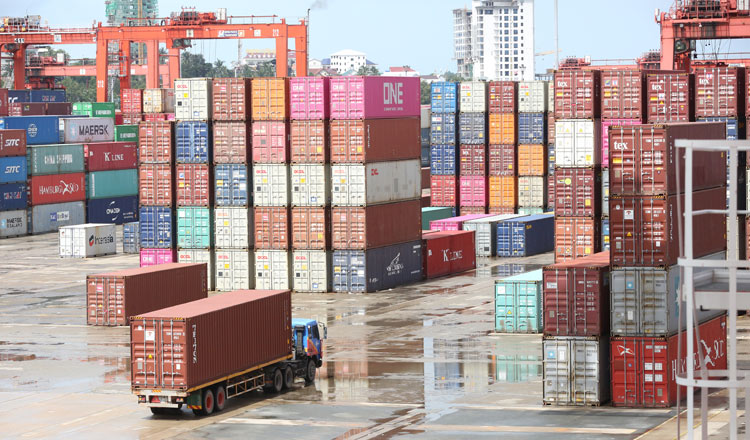 For this year, Kun said the GDCE’s annual plan is to collect a total of $2.9 billion, with a monthly average of $250 million in revenue collection.

“In January, we collected more than $250million, which exceeded our plan. However, the on-going pandemic affected the plan for February with the revenue collection amounting to $235 million, which was lower than expected,” he added.

The General Department of Taxation (GDT), at the same time, has also cautioned that the COVID-19 outbreak will drive down the revenues they are able to collect for this year.

The GDT said the pandemic potentially scuppers their target of collecting about $2.9 trillion in tax revenues this year, a 20 percent increase on 2019.

Combined, these two departments targeted nearly $6 billion in revenue collections, while both the GDT and GDCE expressed concern that their target plan for this year is tough to achieve largely because of the pandemic.

Kong Vibol, GDT director-general, said the virus continues to create a global economic slowdown and has a knock-on effect on the local economy.

“We are closely monitoring the situation because we don’t know when the outbreak [of COVID-19] could come to an end – it may take a month, two months or even a year. Whatever the outcome, it will affect revenues we take in tax collection,” he added.

PM speaks on development of old airport in Battambang