A senior official at the Ministry of Land Management, Urban Planning and Construction has called on local and international investors to evaluate investment opportunities in Preah Monivong National Park in the Kampot province, citing a need for continued investment to transform the area into an attractive tourism destination.

Chea Sophara, Minister of LMUPC, spoke at a recent groundbreaking ceremony for a residential development project, where he praised the developers for their contribution to the area while encouraging more investment.

“If the historical tourism site attracts more investment, it will entice more tourists to come and visit the area,” he said. 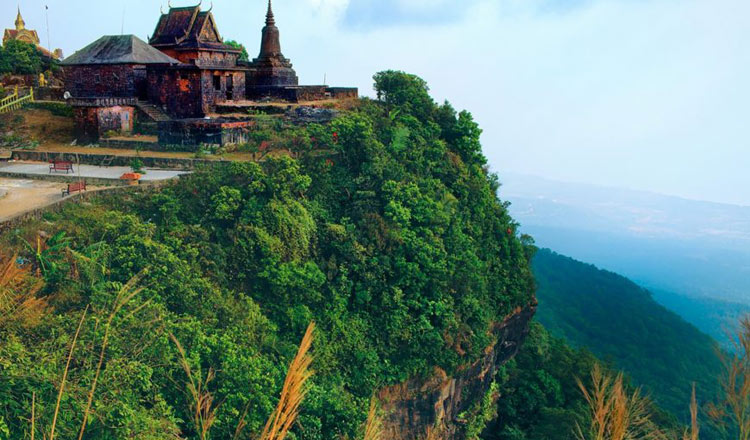 The National Park is located just under 200km from Phnom Penh and occupies over 1,500 square kilometres of rainforest, grassland and deciduous forest. It is also home to the former Bokor Hill station, a collection of French colonial buildings constructed as a luxury resort and retreat for colonial residents in the early twenties, atop Bokor Mountain.

In August last year, the government announced plans to establish a new city in the area and in turn sought investment from the private sector to develop the site.

According to the master plan, officially known as the “Master Plan for Bokor City Development Project until 2035”, the new metropolis will occupy about 5 percent of land in Bokor National Park, amounting to about 9,000 hectares.

It’s envisioned that the new development will create a smart, historical and green city. Straddling the provinces of Kampot, Preah Sihanouk and Kampong Speu, it will also be an important hub for eco-tourism activities in the Kingdom.

Say Sinol, director of the tourism department in Kampot province said that the project is crucial to diversify the area and provide a modern destination for tourists.

“Once we have established quality products and services, we can promote and sell the destination to tourists, both local and international,” Say said. “Currently, in Kampot province there are only two main tourism destinations: Teuk Chhou and Bokor. While these two destinations are still good in their own right, we also need to further develop these sites to provide more tourism products,” he added.