Throughout the years, the local pool of filmgoers has witnessed facets of Cambodia’s rich history depicted in films. This growing interconnectedness is proof the local film industry is going nowhere but forward.

The annual Cambodia International Film Festival ushered in vibrance and colour last Thursday as the festival once again will kick off its 10th edition in Phnom Penh on March 13.

With the collaboration of Bophana Centre and the Cambodia Film Commission, as well as the support of the Ministry of Culture and Fine Arts, the CIFF looks to liven up the local film industry by screening films produced by talented local filmmakers.

This year, be ready to get your emotions stirred and galvanised as the CIFF presents over 157 films from 44 countries, including short and feature films and documentaries – each of them with a momentous story to tell.

Chea Soheap, the executive director of Bophana Centre, during the 10th CIFF press conference at Rosewood Hotel last week said: “The festival will feature many different types of films around the world and will also include a special exhibition and a panel discussion at the Bophana Centre. It will serve as a great platform for Cambodian film enthusiasts to learn more about different stories and concepts in the film industry.”

The executive director of Bophana Centre, Chea Soheap, announced the opening of the 10th CIFF at a press conference at Rosewood Hotel last Thursday.

On the top of that, the CIFF 2020 will bring deeper and more sensational stories with the debut of two talented female filmmakers, Ms Sophea Kim for “Grey Feather” and Ms Meas Sreylin for “California Dreaming”. 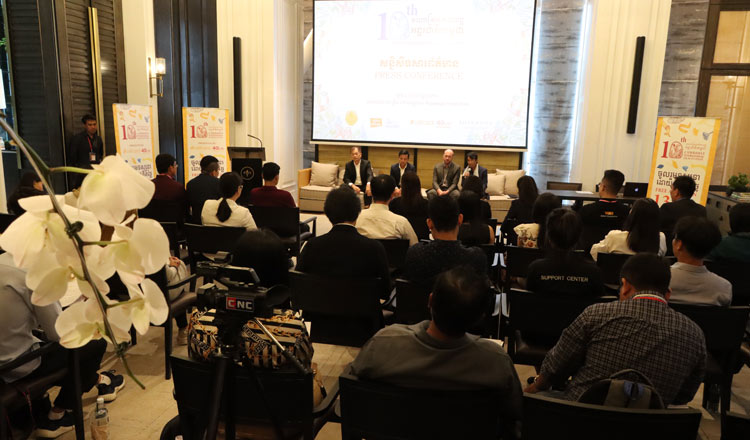 “We had the great honour of being graced with the presence of Angelina Jolie, the most magnificent American actress and filmmaker, as a festival committee member in 2016. This proves the rapid growth of the Cambodian film industry,” said Mr Eloy.

Aside from Cambodia-focused films, Mr Eloy shared  that a wide range of foreign films from Asia, Europe and America had been selected for showcasing in the festival.

“These include the Academy-award winning South Korean film, ‘Parasite,’ and the Thai film, ‘The Cave,’ which covers the electrifying rescue operation for a boys soccer team trapped in the Tham Luang cave in 2018,” he added.

From March 13 to 22, CIFF will offer 150 screenings in all major cinemas in Phnom Penh, including Legend Cinema, Major Cineplex, CIFF Village and Exchange Square.

Tickets are available an hour before each screening at CIFF counters. Follow the CIFF’s Facebook page for more details about the film screenings.

Salary rise for civil servants despite need to save funds