Despite no new cases of COVID-19 reported in Cambodia since January, the government is planning new measures to tackle the financial effect the virus continues to have on the country.

Speaking at the Council of Ministers this week, Meas Soksensan, general secretariat of the Ministry of Economy and Finance, said that while they can’t fully gauge the final fiscal damage the outbreak will have, the government will focus on the garment and tourism industries.

“The garment sector is affected more than other sectors, so we will facilitate the import of raw materials and mid-finished components for production and assembly in the country, ready for export,’’ said Meas.

He added that strengthening tax revenues is another measure to strengthen the national income in the face of the fiscal downturn.

In January, the ministry projected Cambodia’s economic growth in 2020 at 6 percent or 6.1 percent because of the expected changes under the European Union’s Everything But Arms deal in the tariffs of exporting goods. Others still hope for about 7percent.

But with the arrival of COVID-19 in the Kingdom – the case of a 60-year-old Chinese man who tested positive in late January before fully recovering was national news – that figure will undoubtedly change. 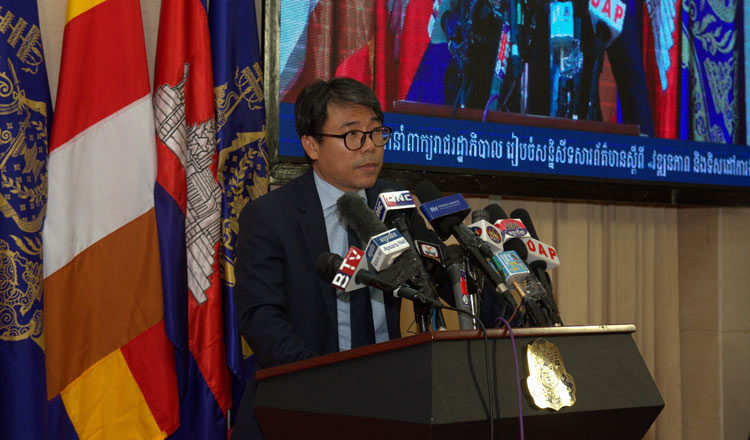 “The government has maintained close monitoring on the affected enterprises and companies and introduced emergency intervention to control the impacts on the sector in some areas for the purpose of ensuring economic and social stability,’’ he said.

COVID-19 is proving to be a global problem hitting stock markets worldwide and costing investors billions.

The phenomenon was known as a ”Black Swan Event” – a financial term used for the unexpected.

So far no cure has been discovered for the syndrome so no end is in sight for the damage it is causing international economies and people’s livelihoods and health.

Thousands of people have been taken to hospital, more than 3,300people, mostly in China, have died, mainly the elderly but also the whistleblower who raised awareness of the virus.