The historic Street Art Fest++, a unique celebration of 55 years of diplomatic ties between Singapore and Cambodia, reached its peak on Saturday, leaving with  a promise that it will be back again in the future.

Initially meant to be a small exhibition displaying talents from both countries, Street Art Fest++ later evolved into a full-fledged festival, featuring a slew of live entertainment, along with over 20 food and beverages booths. Yet, the heart of the fest is the live mural drawings by Cambodia-based Canadian artist Fonki and Singaporean artist Yip Yew Chong, both of whom have their works on display in many countries around the world.

According to Mr Nick Tan, Vice-President of the Street Art Fest++ Organising Committee, more than 15 thousand people, mostly artists art enthusiasts, and general public visited the festival since its opening on Feb, 15 while about half a million were reached on social media. 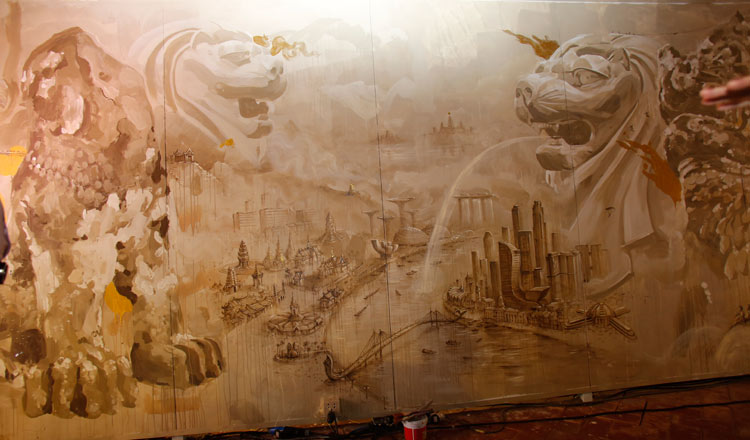 “We are proud to make Street Art Fest  unique, inclusive, and accessible to the public, to be celebrated by the people and most importantly with a lasting social impact,” Mr Tan said. “However, without the support of our partners and sponsors, all of these would not have happened,”

Meanwhile, Singapore Ambassador to the Cambodia,  Michael Tan said he was delighted with the  success of Street Art Fest++, considering that it was the first time it was celebrated in Cambodia.

BritCham’s Call My Bluff at Raffles