The State Secretariat of Civil Aviation has recorded a declining number of foreign visitors coming into the Kingdom in the midst of novel coronavirus fears.

It expects the number of tourists will continue to fall this month.

Mr Chan Sereyvutha said airline companies have reduced flights due to concerns surrounding the COVID-19 virus with many travellers deciding to stay home.

“[COVID-19] has affected tourism globally, including Cambodia,” he said, adding the decline will continue this week. “Almost 38 airline companies have reduced flights because they had no passengers.”

“Bangkok Airways, for example, had six flights per day, now they only operate

Bangkok Post reported earlier this month Thai tour operators are weathering the storm after China imposed travel restrictions on group tours until late next month in a move to control the spread of the novel coronavirus, which the World Health Organisation has declared a global emergency.

China sealed off Hubei’s capital Wuhan to stem the epidemic. Though independent travellers are allowed to leave, many have cancelled their plans to reduce the risk of contracting or spreading the deadly virus, which is contagious during the incubation period.

Thailand, meanwhile, has suspended flights from Wuhan and other high-risk cities.

Yuthasak Supasorn, governor of the Tourism Authority of Thailand (TAT), lamented the outbreak has prompted a sharp drop in the number of Chinese tourists. He added he expects the number of Chinese arrivals to drop by as much as 80 percent to just 2.32 million in the first four months of the year, causing an estimated 98 billion baht (about $3,108,153,300) in loss of revenue. 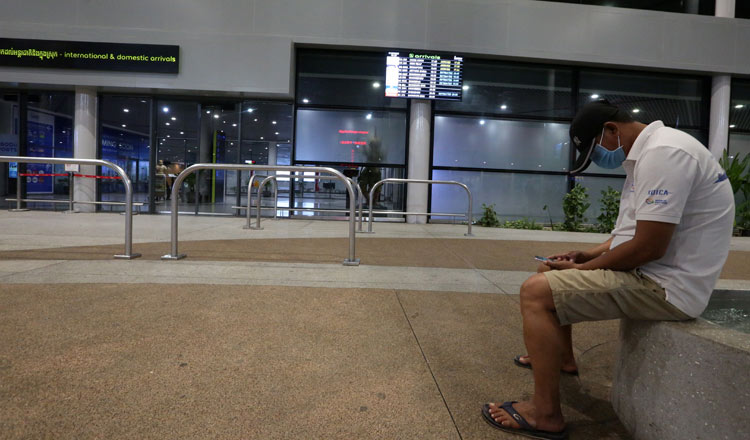 Meanwhile, Thanavath Phonvichai, president of the University of the Thai Chamber of Commerce, estimates the outbreak will cost the country 132.8 billion baht (about $4,211,864,880) in lost tourism revenue and income from imports unless it is brought under control by March.

Lertsak Ponklin, vice-president of the Phang-Nga Tourism Association, said the travel ban has taken away up to 70% Chinese customers from local tour operators.

Mr Lertsak, who also manages a local tour company, said he has urged the government to step up screening measures at airports.

“More than 700 Chinese-language tour guides in Chiang Mai are now without a job. More than 300 tour buses are on layby. I want the government to help because there is no income,” he said.

According to a preliminary report by the International Civil Aviation Organization, coronavirus fears will cost Japan $1.25 billion and Thailand $1.2 billion.

Sok Ravy, manager of public relations and marketing at Cambodia Airways, yesterday said her company has reduced 40 percent of flights across Asia due to COVID-19 fears.

“We operate daily flights to Thailand, China and Hong Kong,” Ms Ravy said. “The number of passengers declined due to fears of COVID-19 spreading.”

“The decline has impacted income and some employees have taken short-term rest periods,” she added.

“We are now waiting to see improvements in the coming months because the situation can be worse,” Ms Sivlin said, noting that the government has reduced tax rates for hotels and other types of tourist accommodations in Siem Reap province to alleviate burdens.

“We are worried about the tourism sector – we have seen some hotels closed while others have reduced the number of employees,” she said. “We have encouraged the government to help the food and beverage sector because we are all in the same boat. We encouraged them to reduce the price of electricity for hotels.”

Chuk Chumnor, spokesman for the Tourism Ministry, yesterday said the government has implemented measures to support the tourism sector because of coronavirus fears.

Last month Prime Minister Hun Sen said registered hotels and guesthouses in Siem Reap will be exempted from taxes from February until May to help businesses losing visitors due to novel coronavirus fears.

Mr Hun Sen at the Peace Palace last month said Cambodia is also facing other concerns such as the trade war between the United States and China plus the global economic slowdown.

According to the World Health Organization, there have been 85,403 confirmed global cases of the novel coronavirus, including 2,924 deaths, with most recorded in China.