The World Economic Forum (WEF) launched a project in 2019 that focused on the ease of investment for sustainable development in the Kingdom.

The team behind the forum had worked hand in hand with the Council for the Development of Cambodia (CDC) along with the support of Grow Asia’s Cambodia Partnership for Sustainable Agriculture (CPSA).

The project involved a series of interviews conducted by the forum team with key stakeholders that included policymakers, firms, business associations, researchers as well as civil society representations. A total of 41 stakeholders were interviewed. 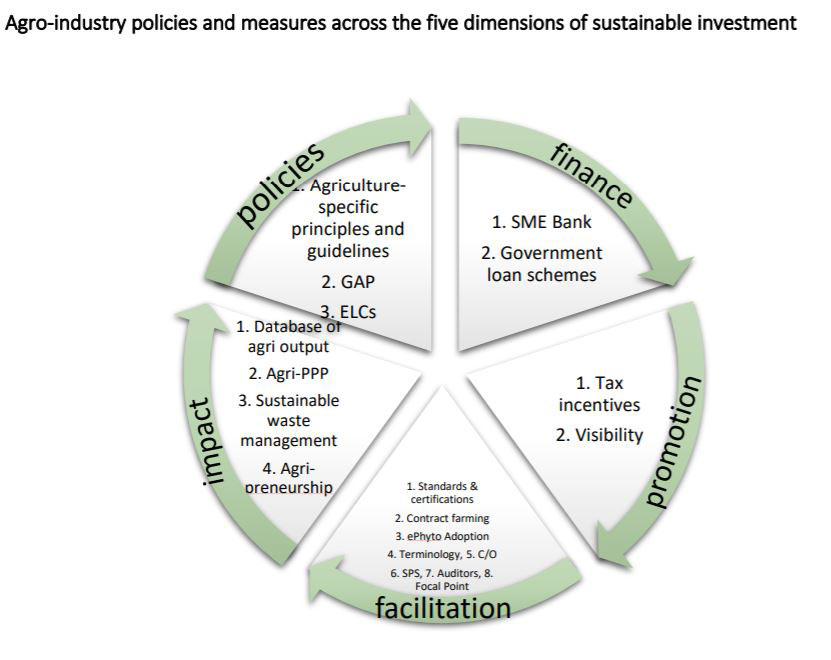 The feedback was compiled into a report titled Sustainable Investment in Cambodia: Policies and Measures, for the Kingdom’s consideration.

Now it is being increasingly adopted as the nation adopts a government policy to move the value chain of agricultural products to extending the range, processing and exporting them.

The WEF, based in Cologny-Geneva, Switzerland, is a nongovernmental organisation, founded in 1971. Its mission is “committed to improving the state of the world by engaging business, political, academic and other leaders of society to shape global, regional and industry agendas”. It is a membership-based organisation and membership is made up of the world’s largest corporations, giving its advice weight.

As a result of the interviews, the forum team reported that the firms have noted the Cambodia business environment and investment climate is friendly and favourable.

However, it also identified that challenges abound and have come up with measures that could create a significant impact through job creation and skills formation, among others.

These measures the Forum team has come with can be grouped across five categories, each reflecting a dimension of sustainable investment.

Through the sustainable investment policies, the forum team has encouraged the Ministry of Agriculture, Forestry and Fisheries (MAFF) and the Council for the Development of Cambodia (CDC) to adopt it within the context of Cambodia. 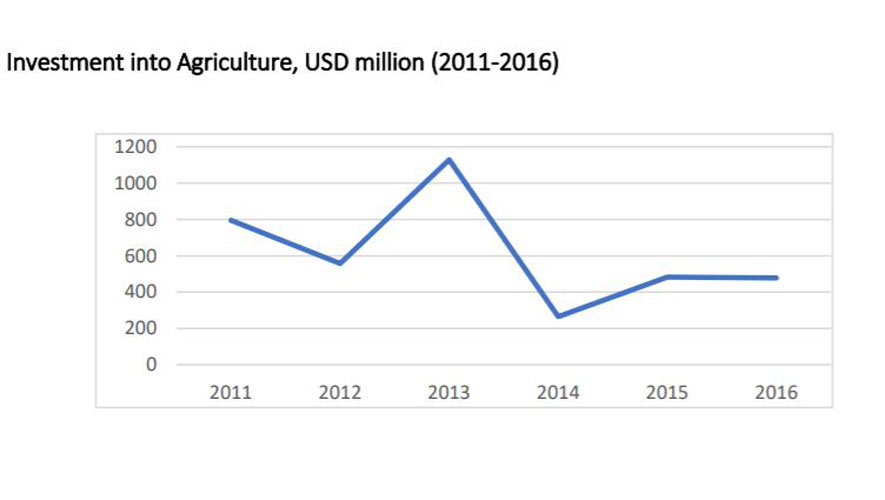 The report called for the integration of supply chain standards in domestic regulation to be considered. This, the forum believes, will ensure that investors source inputs sustainably through due diligence and tracking the supply chain.

The forum believes that in order to make the integration work would involve replicating the Kingdom’s successful experience in the garment sector with the International Labour Organization’s (ILO) Better Factories Cambodia in other sectors, such as agriculture.

The use of Environmental and Social Impact Assessments (ESIAs) was also encouraged to ensure sustainable investment and this will see economy-accredited EISA firms and international firms sharing international best practices.

The report also delved into getting the government to encourage firms to adopt a sustainability reporting standard because it will help organisations measure, understand and communicate their economic, environmental, social and governance performances and then set goals and manage change more effectively.

Policy ownership was another suggestion by the WEF team. This can be done by building engagement devices policy design and by developing ways to successfully engage wider government as well as the private sector and civil society sector.

The WEF report also shines some light on the agro-industry in the country. The outcome of the project showed that investment in the sector can create employment, income growth, support skills development, upgrade technology and strengthen value chains.

They also foresee improvement in infrastructure as well as bolstering food security.

In 2017, the sector accounted for 25 percent of the Gross Domestic Product (GDP) , with rice as the primary agricultural product.

In recent years, the Kingdom has diversified its range of agricultural products and has moved into higher value crops which is deemed by professional observers as a positive development. However, recent years saw a decline in the prices of agricultural commodities and there is a need for new measures to improve productivity and remain competitive in the region.

The Royal Government of Cambodia (RGC) has been actively welcoming investment into agriculture. The sector absorbed 11.45% ($4 billion dollars) of approved foreign direct investment into the country since 1994. All sectors combined attracted $34.6 billion.

From 2011-2016 investment into agriculture amounted to $3.7 billion dollars. However, there has been a notable decrease since 2012.

When it comes to promoting sustainable investment, the forum says there should be incentives for the import of agricultural inputs as well as potential extensions to other priority commodities and crops that are listed in the Royal Government’s Agricultural Sector Strategic Development Plan 2019-2023.

Another issue that has been identified is the fact that Khmer agriculture and food industries are not recognised on the international platform because of limited visibility. Marketing efforts are encouraged to be boosted which in return could increase both foreign and domestic investment. 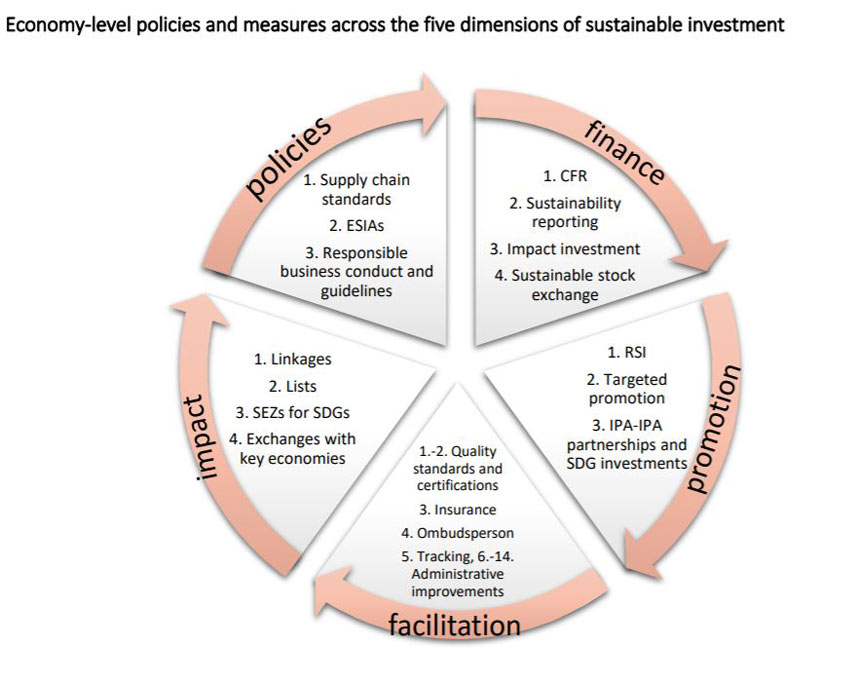 The forum team strongly encouraged a marketing campaign aimed at promoting products unique to the Kingdom, for instance Kampot pepper which has seen a level of recognition in the international food industry and is a go-to condiment for many top chefs.

Two Czech nationals have seen astonishing success after helping small-scale pepper farmers in Kampot find markets beyond locals and taken the product beyond the province and as far as their home country using bespoke branding and designer packaging.

Klara Dohnalova and David Pavel operate their business, EU Land and Pepper, under the fair trade scheme, and return some of the profits to the farmers to enable them to grow their businesses. With help from the Czech Development Agency they have provided s set of vacuum packaging and drying chambers for the producers.

The country is also seeking Geographical Indicator status for Cambodian oranges, salt, mangoes and other goods considered to have special qualities much as only sparkling white wine grown in the Champagne region of France can call itself Champagne.

In order to benefit both smallholders and investors, contract farming has been encouraged to  strengthen itself. The report urges the Royal Government to facilitate the expansion of contract farming through the strengthening of its legal framework and extending its use to a wider number of participants such as farmers, agricultural cooperatives, the private sector and local authorities.

Another area in order to improve and attract investments into the agro-industry would be to consider initiating more Agri-public-private partnerships in the areas of research and development (R&D), hybrid crops, agro-processing and crop insurance.

Hybrid rice for instance has been noted to be an effective way to increase production of different rice varieties in other rice-growing countries such as China, Vietnam and India because it can create significantly higher yields, 15 to 30 percent more than the traditional varieties.

Only this week, the Ministry of Agriculture, Forestry and Fisheries approved the first Cambodian hybrid maize, called CHM01, for public use throughout the country. The seed is cheaper than imported rivals and has recorded higher yields. The height of the plants ranges from 165 to 175 centimetres in comparison with some corns that grow only 65 to 75 centimetres. Its grains are bigger and more plentiful than others and the plant can be harvested 10 to 15 days earlier than those from imported seeds.

Partnerships between both the private and public sector will bring together businesses, government and civil society authorities. Such groups are increasingly being promoted as a mechanism for improving productivity and driving growth in the sector globally.

Additionally, these partnerships can offer a number of other potential benefits that could also help mitigate the impact of climate change and aid the Kingdom to remain competitive and achieve export targets in an increasingly competitive global and regional market.

Incubation programmes targeting universities are also said to benefit the industry because engaging  youths in the sector can yield productive results with labour shortages currently an issue that has prevailed over the years in the country.

Agricultural education and livelihood in rural Cambodia are interlinked, given that agriculture plays a prominent role in the lives of more than  56 percent of the working-age population of the country. Promoting agriculture and agro-industry has been identified as the best strategic response to the macroeconomic crises in the country, as do improving food security, improving rural livelihoods and reducing poverty.

The Royal Government of Cambodia has defined a long-term vision for rural growth, employment, equity and efficiency. It seeks to improve agricultural productivity and diversification, including animal husbandry, food security and nutrition, rural development); land reform and de-mining;  fisheries reform; and forestry reform (including conservation and environmental protection). Incentive schemes were designed to increase exports, as well as land reform, livestock investment, water source management and clearance of land mines. Although not there yet, this small country of 16 million people is moving in the right direction.

The threat of counterfeits and piracy online