Remy re-elected as chairman of CTIF

Incumbent Chairman Keo Remy has been re-elected to lead the Cambodia Taekwondo ITF Federation (CTIF) for a further four years.

Remy got the unanimous nod from Federation members during the CTIF 5th Term Wrap-up Conference held earlier this week at the NOCC headquarters in Phnom Penh.

Remy’s re-election is seen as a result of his aggressive efforts to promote and develop the sport in the Kingdom.

Remy was first elected as chairman of CTIF in 2016.

Under his watch, Cambodia has been recognised internationally and did well in Taekwondo competitions abroad. 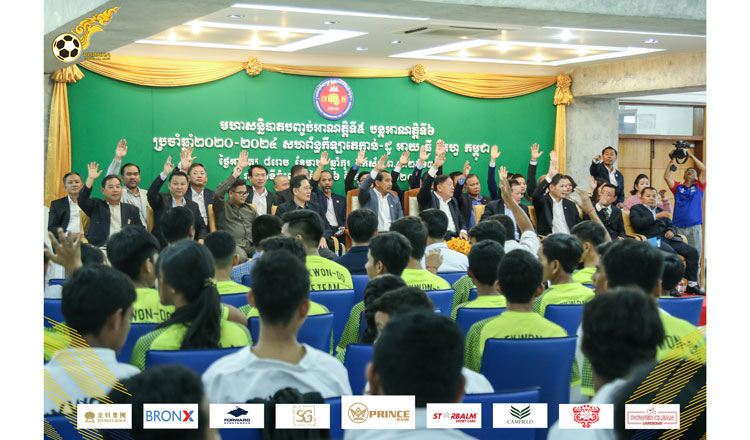 During the same gathering, Buon Hingsothiya, who remains as the CTIF secretary-general, highlighted the Federation’s past experiences, difficulties and accomplishments.

According to him, their plans for the sixth mandate include expanding the number and strengthening of Taekwondo clubs in Phnom Penh and other provinces, offering more local and international trainings for players, plus preparations to compete in several international competitions, including the 2021 Taekwondo World Championships in China, 2023 Southeast Asian Games in Cambodia and Asian Taekwondo Championships.

The ITF-iterant of Taekwon-do places more emphasis on self-defense and is commonly referred to as the North Korean school of Taekwondo.

In April last year, Remy was recognised by Taekwondo ITF Federation of Cambodia for his work in growing and developing the sport in Southeast Asia. Remy is also the incumbent president of the Southeast Asian Taekwon-Do Federation.

Concurrently, Remy is the president of Cambodian Human Rights Committee. He previously served as a member of the National Assembly.

Sport will rebound in China but coronavirus exposes flaws