Home - Singaporeans in the Kingdom gather for Spring Festival

Singaporeans in the Kingdom gather for Spring Festival

In conjunction with the auspicious Spring Festival, some 400 Singaporeans including Ambassador. Michael Tan gathered at Tonle Bassac II Restaurant on Friday evening to partake in a a gala dinner.

The event, organised by Singapore Club Cambodia (SCC), saw the attendance of its members, their families and other representatives from member companies.

SCC President Albert Tan said that such gathering is a great platform for Singaporeans living abroad to form closer bonds with each other while welcoming the Chinese New Year.

Sticking true to traditions, the event began with lion dance and dragon dance performances, followed by the much-awaited prosperity toss or also known as Yusheng. It continued with a grand feast and other activities such as lucky draw and live shows. 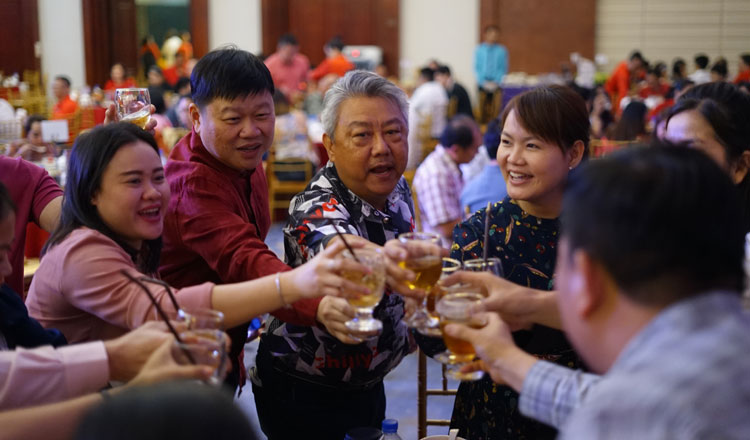 US Ambassador to Cambodia attends Cross Talk at Khmer Times