In keeping with its tradition, the Malaysia Business Council of Cambodia (MBCC)  hosted a Chinese New Year gala dinner at the NagaWorld grand Ballroom Saturday night, attended by more than 200 Malaysians and invited guests.

Mr. Teh Sing, the president of MBCC said that it was a time honoured tradition to host the event every year and this year’s celebrations was given added impetus with the attendance of Malaysian Ambassador Eldeen Husaini Mohd Hashim and spouse, respective presidents and representatives of Eurocham, Singapore Club, Indian Chamber in Cambodia and  Thailand as well as officials from the Council for Development of Cambodia and of course, Malaysians. 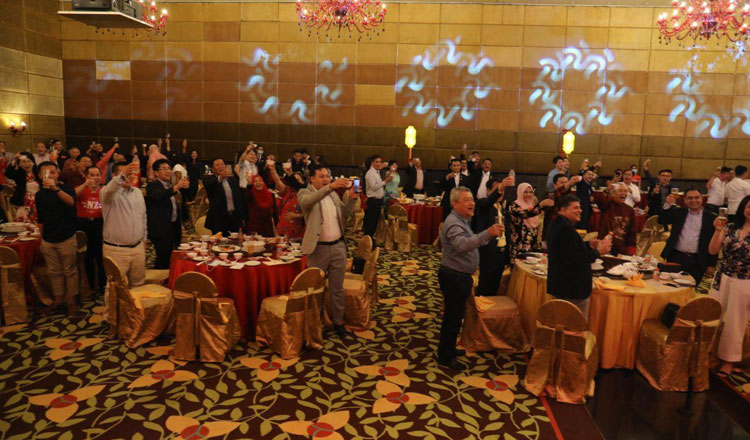 The night began with the traditional welcoming addresses followed by the tossing of the Yee Sang or, or Prosperity Toss, a Cantonese-style raw fish salad which  usually consists of strips of raw fish, mixed with shredded vegetables and a variety of sauces and condiments. Chinese New Year gatherings are never complete without this tradition as the higher the toss is, the more prosperous would the year be.

A sumptuous dinner followed, accompanied by some mesmerising music by NagaWorld;s in house performers and of course, the loud “Yam Sengs”. 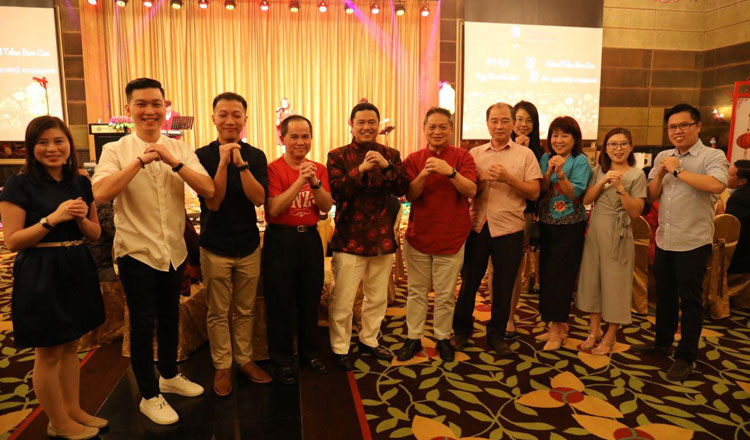 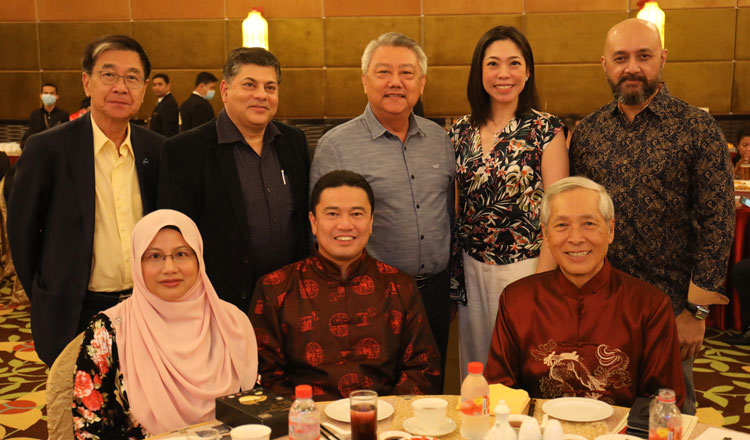 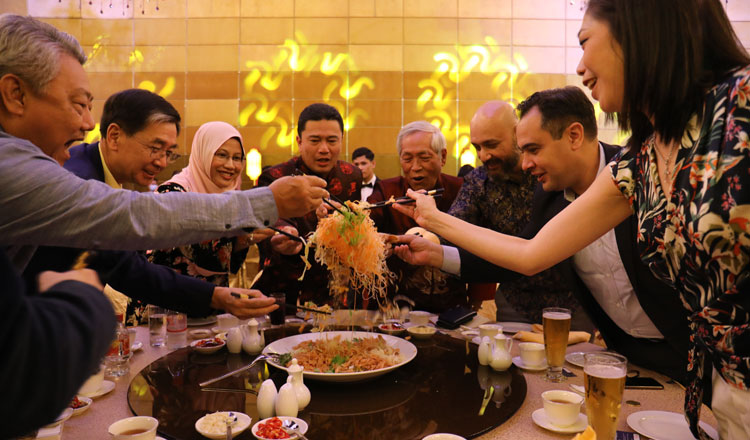