US Ambassador to Cambodia attends Cross Talk at Khmer Times

During the 30 minute lively question and answer session, Ambassador Murphy responded to questions on US investments in Cambodia, especially in the field of Agriculture and later toured the administrative office and news room and obtained a briefing on various aspects of Khmer Times operations. 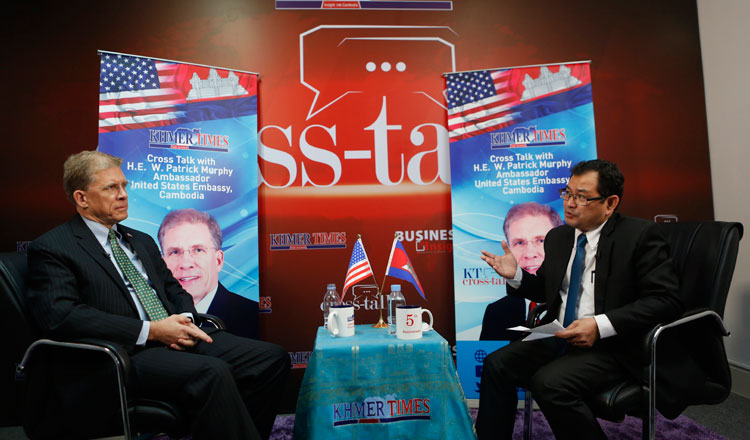 Ambassador Murphy,  before promising to appear on show again said “Before we specifically talk about business in the agricultural sector, it is important to know that in the bigger scheme, we have an important relationship between Cambodia and the United States. Our economic and commercial ties are the important part of this relationship, on one hand. On the other hand, agriculture is very important in Cambodia, accounting for a quarter of its economy.”

Singaporeans in the Kingdom gather for Spring Festival