Taing Rinith / Khmer Times Share:
CLARIFICATION
https://www.khmertimeskh.com/50678385/phnom-penh-municipal-court-orders-investigation-into-naga-union-leader
On the above story published in today, Friday, 10th January, 2020, we had inadvertently stated that the strike was for two weeks. This is incorrect. The strike happened on Thursday, 9th January 2020.
We sincerely apologise for the error and any inconvenience caused.
PUBLISHER
Khmer Times

The Phnom Penh Municipal Court yesterday ordered an investigation into NagaWorld’s union leaders and several other union members for breaching a court order which ruled a strike organised by the union yesterday as illegal.

Union members and other individuals were cited for organising a strike over wages and other demands in front of the NagaWorld building in Phnom Penh yesterday morning.

Those who have been slated for investigations for contempt of court and will be questioned include Chhim Sithar, the president of Labour Rights Supported Union of Khmer Employees of NagaWorld and Chhun Sokha, the union’s vice president, and several other members of the union who led the protest.

“These individuals are to be investigated over breaching a court order, which was committed in front of NagaWorld premises in Phnom Penh on 9th of January, 2020,” read the warrant, obtained by Khmer Times yesterday.

“This is a punishable crime as stated in Article 523 of the Criminal Code. According to the Kingdom’s Penal Code, failure to enforce a judicial decision shall be punishable by imprisonment from one to six months and a fine from 100,000 to one million riels.”

On Wednesday, the court issued an order which prohibited the union and the workers who supported it to “postpone their protest” and return to work. 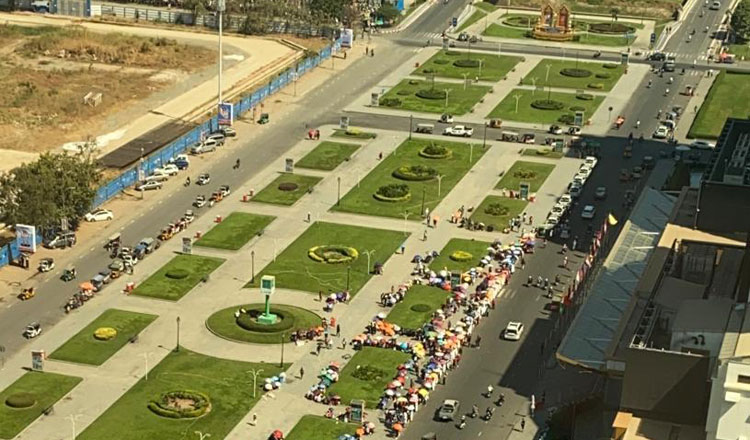 However, the protest was still held at the Hun Sen Park. It was attended by several hundred NagaWorld employees and alleged sympathisers and provocateurs.

The investigation warrant, authorised by Keo Sothea, Phnom Penh Municipal Court’s prosecutor, is also made in response to NagaWorld’s complaint.

Khmer Times contacted Mr Sothea for comments, but he referred the question to Y Rin, the court spokesperson. However, Mr Rin could not provide his comments yesterday, saying he was in a meeting.

Hundreds of employees of Phnom Penh’s NagaWorld casino and hotel returned to work in response to the court order telling them to end their strike. However, many of them have been insulted and threatened for their decision to not protest.

Khmer Times spoke to workers who were not part of the strike.

“Then too, those who turned up for work as usual for their respective shifts were insulted and threatened. The union leaders forget that the workers have the right to work as normal and the right not to participate in a strike which the Labour Ministry had advised as being illegal,” said a NagaWorld worker who declined to be identified for fear of reprisal.