Rubber prices slightly decrease despite a powerful rise in exports

Cambodia experienced strong growth in rubber exports to foreign market during the first eleven months of last year, but their price suffered, down 0.3 percent compared with the same period in 2018, according to government official data released this week.

From January to November, the Kingdom exported a total of 233,677 tonnes of rubber, an increase of 24 per cent over the corresponding period for the year before , said a statement from the General Directorate of Rubber, a bureau of the Ministry of Agriculture.

It noted that rubber exports were valued at approximately $311million, with a tonne of rubber selling, on average, for $1,331. All production was shipped abroad, with Vietnam the biggest buyer. Cambodian also exported to China and Malaysia.

The Group owns about 90,000 hectares in Cambodia, reportedly valued at $800 milllion. 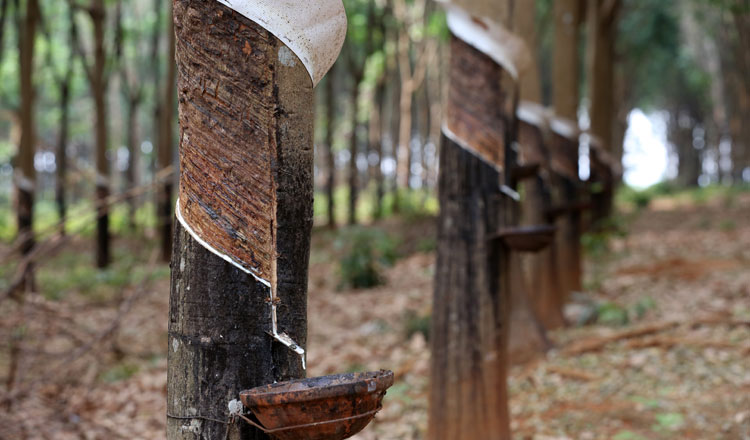 Neither the General Directorate of Rubber nor the Association for Rubber Development could not be reached for comment as of the time of going to press.

Lim Heng – vice-president of An Mady Group, a company that owns a rubber plantation and exports the product – said investors in the sector cannot survive with prices at current levels.

“The cost of production is higher than the price at which the product is being traded,” he said, adding smaller farms could cope better.

He noted that Vietnam, the biggest market for Cambodian rubber, saw a sharp decline in exports to China because of changing Chinese policies and fears over the US-China trade war. “This affects Cambodia because a good portion of the Kingdom’s rubber production is sent to China in indirect shipments that pass through Vietnam,” he said.

Thailand’s rubber exported to China during the nine month period decreased by 15 percent as a result of the tit-for-tat trade war between the United States and China.

Apart from the trade tension, Thailand, Indonesia and Malaysia have been attacked by Pestalotiopsis, a type of fungus disease, that harms rubber plantations.

The International Tripartite Rubber Council (ITRC), which represents the countries, projects  natural  rubber production by them was cut by 800,000 tonnes in 2019.

“This was due to unexpected factors, in particular the outbreak of the disease, erratic weather conditions and sluggish tapping activities because of prolonged low prices,” it said.

Cambodia has so far not been hit by the disease, according to the rubber department, which adds  the government is nonetheless readying itself for an outbreak.