The CPP Central Committee’s Mass Movement today began a two-day congress to review the work results of 2019 and set its work directions for implementation.

According to the announcement, the congress, held at Koh Pich Exhibition Island, aimed to share information, working experience, achievements of the CPP’s central committee’s mass movement and its professional bodies.

The announcement said the congress was also an opportunity to disseminate the political situation to leaders of the movements from all ministries, provinces, and other public institutions across the country. 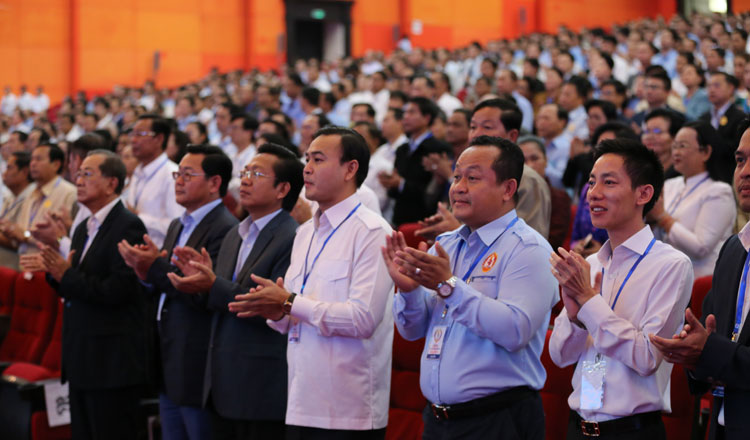 Chairman of the CPP central committee’s mass movement, Men Sam An said the movement plays an important role in assessing the emotions of the people, as well as their necessary requests for the CPP, noting that the movement have made numerous achievements this year.

The congress was presided by Say Chhum, Vice President of CPP and Chairman of the Standing Committee of the CPP, which run from December 21-22, attended by nearly 2,700 participants including leaders, members and guests.

The closing ceremony on December 22, 2019 will be presided over by Prime Minister Hun Sen, President of the Cambodian People’s Party, according to the announcement.

Police questioned after shooting of woman in Bavet city