Home - Children with a mission

Children with a mission

In the past six months, journalist and photographer Taing Rinith travelled all over Cambodia to carry out assignments. On his journey, he ran into a number of children up to different antics. But, each of them was undertaking a mission. Here are some of their notable photographs.

PHNOM Penh has been so mired in one of the worst waste problems in the region, it is not unusual to run into piles of garbage in nooks all over the city. A group of young people, bound by a love for the environment, use their spare time with care to clean up the city. Nine-year-old Ok Sal is the youngest member of a group known as ‘Garbage Youth’, but shares the kid gloves with the older kids. He does not mind picking up trash near a sewage canal while adults living nearby must be grateful to high heaven for this voluntary service. “Doing this is very fun,” he says. 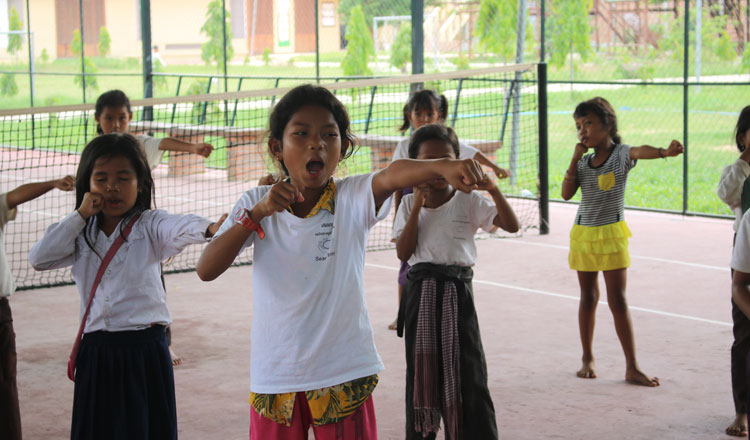 VISITING Seametrey Leisure, a resort in Kandal on Monday and Friday allows you to see the students practising ‘Bokator’, a Khmer martial art, which is an extracurricular activity aimed at preserving the legacy of self-defence. Little children, as young as five, are practising under the supervision of a coach from the Cambodia Bokator Association. You may hear some crying or complaining, but these children never call it quits, hoping to be heirs to their country’s art of combat. 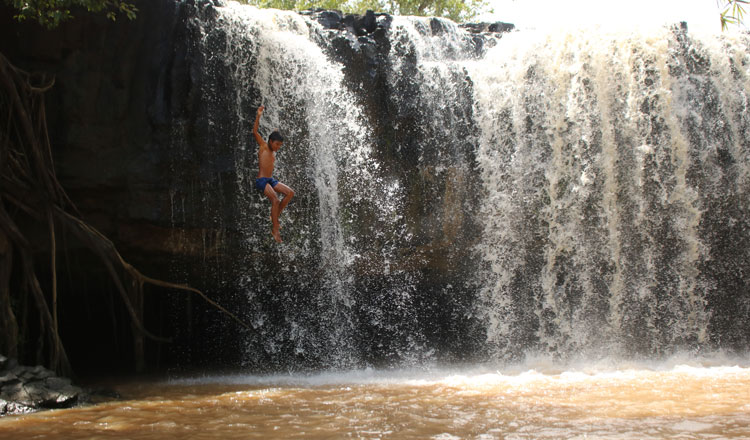 HOANG Waterfall is a beautiful hideaway not easily within reach. Now, if you have plucked up enough courage, a short climb up the cliff will get you to the top of the six-metre-high waterfall, where you brace for that rush of adrenaline before jumping into the pool. “I am not afraid of such a height,” says Im Vibol, a 13-year-old boy who lives in the area, after his daring leap into space. “Tourists love taking pictures of me and my friends, and I also love showing it off. They often give us money, which I can use to buy stationery.”

LadDIE and the Lady 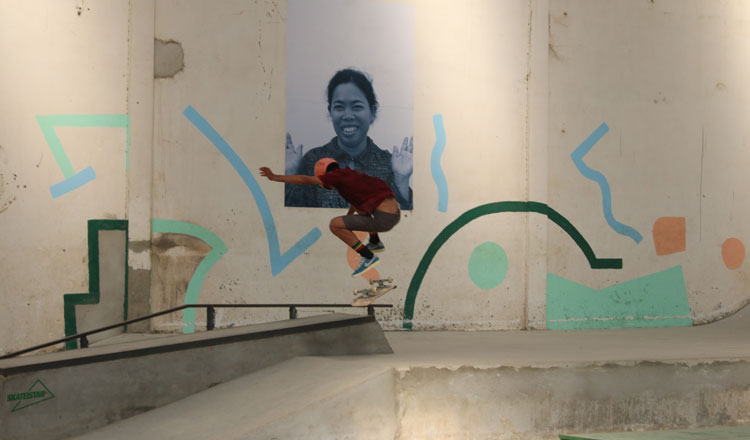 MANY parents in the city see skateboarding as a hazardous sport, given the performance of zany tricks on a wooden board riding on four small wheels, when traffic is so bad on the roads. This teenage boy who has fallen heads over heels for the skateboard, several times a week flips out at a safe venue called ‘Skateistan Cambodia’, an international NGO using skateboarding as a method to engage and empower children. The watchful gaze of the cheering lady on the wall is obvious motivation for training “until Í become an expert”, the child declared. AT Koh Dach Beach Resort, a popular destination near Phnom Penh, Oung Sreya, a 15-year-old food vendor and also an eighth grader, wades and swims like a mermaid from one wooden shack on stilts to another and reaches out to visitors with a placid smile to buy her jackfruit. Her family is poor, and this is the enterprising way to keep herself in school.

“I use the money I earn to buy stationery and to help my mother when she is in need,” Sreya offers.