Government to ramp up provincial budgets by $276 million next year

The government will ramp up the budget for provinces by more than $276 million next year to provide high quality and efficient services to the public, an increase of 32.28 percent from this year’s budget.

Public Functions Minister Pich Bunthin yesterday said at a workshop on the Formulation of 2020 Annual Work Plan and Budget that the expenditure is in line with the move to transfer more responsibility to local governments.

“This reform programme aims specifically to advance the system of governance to accomplish the strategic goal of boosting economic growth, job opportunities and equity more efficiently,” he said.

“Increasing the budget is a part of a programme to make sure that public services focus on people to improve their capacity to deal with issues though programmes which are transparent,” he said. “Public services must be implemented professionally and with flexibility.”

The Council of Ministers on October 28 approved a draft bill to allocate $8.23 billion for next year’s national budget.

About $620 million would be allocated for general administration, an increase of two percent when compared to this year.

San Chey, executive director of the Affiliated Network for Social Accountability, yesterday lauded the increased budget for the provincial authorities, but warned that there should be good governance at the local level.

He cautioned that failure to do so will lead to a rift between the local authority and the public.

“We are in favour of this increased budget but we are worried about the communication between the local authorities and people on how it should be used for programmes,” Mr Chey said. “The authorities should hold dialogues with the public on development projects.”

He noted that while there have been improvements at the commune level on services such as issuing birth or marriage documents, there is still corruption when providing licences for building projects or producing vehicle number plates.

“In some cases, people are unable to apply for such licences directly and hire middlemen, some of whom engage in corruption with officials and this harms the government’s reputation,” he added. 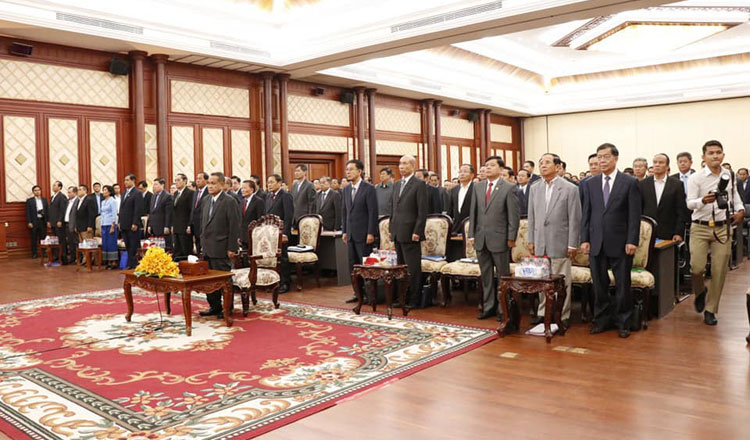 Mr Chey noted that the service delivery system at the local level is still weak and needed to be more responsive to the needs of people and society.

“In order to build good governance, the government needs to work with NGOs to build up the capacity of authorities at the district and commune levels,” he said.

In August, the CPP’s Central Committee said that the implementation of public services still does not meet the party’s election vow to improve them.