‘THE Clock’ swept six trophies capped by the Best Film Award of the Year 2019 at the 6th National Film Festival at Chaktomuk conference hall on Nov 29.

It topped 18 films from nine productions submitted for this competition since Nov 25.

Horror thriller ‘The Clock’ (Spirits Awakening) was chosen as Best Film in front of a distinguished A-List crowd of 500 people from the film industry including ministry officials, VIP guests, actors and actresses, producers and film technicians.

An elated Leak Lyda, owner and producer of LD Picture Production for ‘the Clock’, was awarded Best Producer Award, besides the Best Film Award. LD Picture Production team also won another four awards inckluding Best Actor and Actress. He attributed the success of the double award to his dedicated film crew and team which worked hard for the movie.

“Since the beginning of making the film, we did not expect to win but we made it through sheer passion, skills and effort. We have produced many movies but did not submit them for competition, because I knew these were not up to mark. So I wait for the right time. This movie is not our very best but at least we did it to the best of our ability.”

On his first awards, Mr Lyda added that he is planning to make ‘standard movies’ but it will the funny genre. And he is reckoning to film a sequel to ‘The Clock’ as (Red Wall). Moreover, ‘The Clock (Red Wall)’ movie will be scary (as well).

Among 16 awards, the Best Film Award (only one film) received a reward of 30 million riel ($7,500), and other 15 awards such as best script-writer, best producer, best filming, and technicians, received 4 million riel ($1,000) for each category. 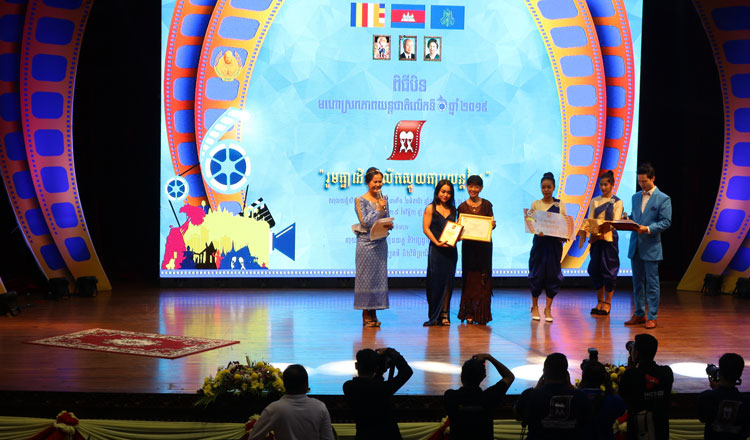 Best Actress Award went to Ms Vinich Virak, an actress in the ‘Viplas’ movie, who said she really loves acting. She added that everyone in the film industry, as well as the ministry, are out to push the frontiers back in Cambodian movies.

“It is time that we join hands to develop our film industry together, our films are good but we have to create more interesting ones. Also for young actors, they should be courageous in filmwork as they possess talent,” Ms Virak.

Best Actor award went to Rong Sophy David for his superb acting in the ‘Young Love’ movie. He said the award was unexpected as it was his first film. 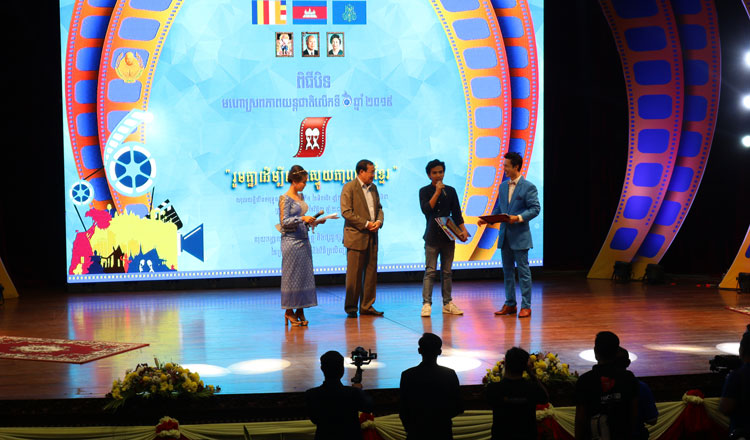 David, who is also a drummer with Small World Small Band, said the award is a welcome reward for his soul-searching.

“I wanted to know who I really could be. So, I gave it my all when acting in the movie. This award is so meaningful for me, it has encouraged me to continue in this field as an actor,” said David, 22.

Videos for children, by children