Home - A man suspected of killing his girlfriend found dead

A man suspected of killing his girlfriend found dead

The body of a man suspected of murdering his girlfriend in a light bulb factory was found floating in a pond in Svay Rieng district, Svay Rieng province.

Lieutenant General Koy Sopheap, deputy Svay Rieng police chief in charge of criminal offences, identified the man as Neang Kroem, 25, the boyfriend of the victim, Khem Pisal, a 24-year-old woman who was found dead on the factory floor on Friday. 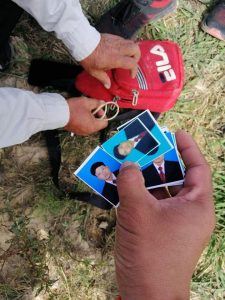 “The suspect (Kroem] killed his girlfriend because her family would not allow them to get married and stay together,” Lt. Gen. Sopheap said. “Police identified him by footage from the security camera inside the factory that captured the images in which she had her throat cut.”

Lt. Gen. Sopheap noted that while police were investigating and looking for Kroem, villagers reported that his body was found floating at a nearby pond.

“We believe that after he killed his girlfriend, the suspect jumped into the pond in order to kill himself,” he added.

According to a police report, both the suspect and his girlfriend were working in the same factory, adding that after the incident, families of the pair picked up their bodies for the funeral.