This week, Cambodia and its people are mourning for Princess Norodom Buppha Devi, who passed away of natural causes at the age of 76 in a hospital in neighbouring Thailand on Monday (Nov 18). Her demise is deemed a tremendous loss to the Kingdom and its classical art scene, to which the princess devoted her entire life. She was the one who helped revive the traditional Apsara dance after the brutal 1970s Khmer Rouge regime nearly wiped it out and promoted the Royal Ballet to world — in addition to many other contribution to her motherland. To honour Princess Buppha Devi, Taing Rinith documents her life and work, and talks to her friends, relatives and colleagues who reminisce about their time and relationship with the princess.

IT was one evening in September, 2006. On the grand stage of a huge theatre in Prague, the capital of Czech Republic, two Cambodia Royal Ballet dancers were performing ‘Moni Mekhala’, a classic dance based on a legend about the origin of thunder. The performance was part of the newly-crowned King Norodom Sihamoni’s state visit to the Republic.

It was the first time that Chap Chamroeun Tola, one of the dancers, received a chance to perform on an international stage, occupying the role of the goddess Monimekhala, but she was not nervous. Tola was motioning gracefully and gently, with great pride, especially because she was showing the result of her hard work in front of her master, Princess Norodom Buppha Devi, the director of the Royal Ballet of Cambodia, who was sitting in the front row of the audience.

Tola, who a few years ago was handpicked by Princess Buppha Devi from her class at the Royal University of Fine Arts, always wished to be a great dancer like her master. She never saw the princess in a ‘live’ performance, but she has watched her dancing in old footages.

“Mother (that was how the princess asked her students to address her) was both beautiful and talented when it comes to Royal Ballet dancing,” Tola says. “She dances with real love.”

Since her performance in Czech Republic, Tola had travelled with Princess Buppha Devi to countries around the world, such as the US, France and Hong Kong, to perform the traditional dance. She also enjoyed learning from the princess, but one day, it was ended. 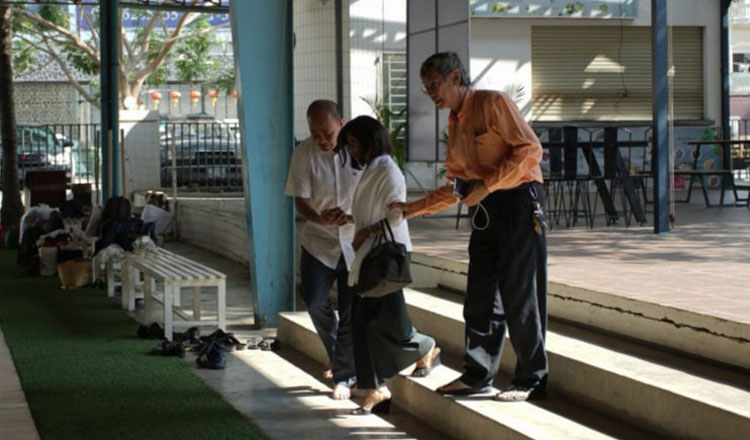 It was at noon on Monday this week, Tola and other members of the Royal Ballet troupe received the news about their beloved master’s death in Bangkok. Everyone cried at the shocking declaration, and were too numbed to do anything, not even their daily rehearsal. The beacon who gave them the new page to their lives and loved them like her own children and grandchildren is no more with them.

“She was a teacher like no other, or much more than a teacher,” Tola says. “She did not only teach us the art of the Royal Ballet but also cared about our wellbeing and living,” she says.

“Losing her for us is like losing a mother, but for the whole country, it means the loss of one of the greatest patrons of the country’s traditional art.”

Princess Buppha Devi’s love for the traditional art and artists were renowned, says her cousin Prince Sisowath Tesso, who confirmed her demise on Monday. In fact, she sacrificed her whole life to the cause.

“She was so tired, her health was weak and she was sick, but she never told us that she was unwell,” Prince Tesso recalls, adding that he also broke down at the shocking news.

“She went for treatment at a hospital in Bangkok, but it was too late to save her.”

Prince Sisowath Ravivaddhana Monipong, another grief-stricken cousin, described the death of Princess Buppha Devi as “the loss of an exceptional lady who personified for decades the grace of Khmer Apsara all over the world”.

“In one word, she was the archetype of femininity at its highest level,” offered Prince Monipong.

Princess Buppha Devi was born in 1943 to Norodom Sihanouk and his consort Neak Moneang Phat Kanthol. Her name is derived from Pali words, which means the ‘Flower Goddess”.

She was the elder sister to Prince Norodom Ranariddh, and a half-sibling of current King of Cambodia, Norodom Sihamoni. Queen Sisowath Kossamak, her grandmother and also a devoted patron of the classical art, who introduced her to the Royal Ballet when she reached the tender age of five.

Proeung Chheang, the 70-year-old retired vice rector of Royal University of Fine Arts in Phnom Penh and Dean of Choreographic Arts, had spent his youth in the Royal Palace studying the classical dances under his grandmother, a master of the art. Chheang, who befriended and occasionally performed with Princess Buppha Devi and later work with her to preserve the Royal Ballet, remembers her as a “gentle and modest” girl but very curious, especially when it came to dancing.

“Her main role in the dances is the female character, but she was practising all roles, no matter it is the ogre or the monkey,” Chheang says.

“She was also so talented that Professor Chheng Phon, the former Cultural Minister claimed that she was dancing ‘with freedom and like the goddess in her name’. But, the princess was always modest, and everyone loved her.”

Princess Buppha Devi became the premiere dancer of the Royal Ballet of Cambodia at the age of 18 and three years later was granted the title of prima ballerina. After that, she toured the world as the principal dancer of the Royal Ballet with Queen Kossamak and her father King Sihanouk, to perform in public in front of international audiences. This marked a significant shift since in the past, the ballet was only performed before royalty to commemorate their ancestors and honour the gods.

In 1964, she captivated a French audience on the prestigious stage at the Opera de Paris during Prince Sihanouk’s state visit.

“When my father used to travel abroad, he always wanted to show something of what Cambodia is like, so he usually brought the Royal Ballet troupe to show Cambodian culture,” the Princess told The South China Morning Post in 2017.

“She was teaching the Khmer people in France and the US to perform the Royal Ballet and she also gave dancing lessons to young people at Site 2 Refugee Camp in Thailand,” Chheang, a former colleague of the Princess told GT2. 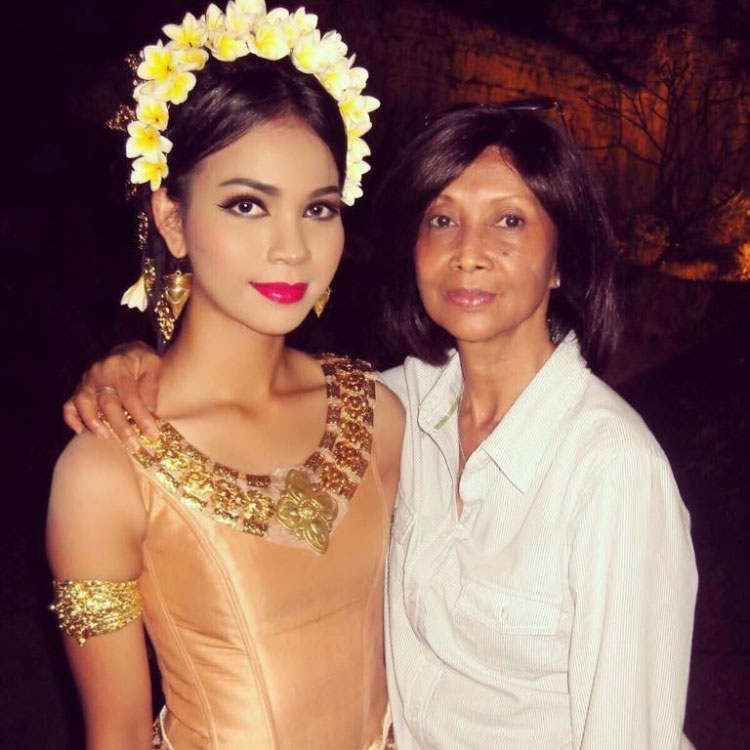 “One of the most impressive things about her was that she can dance and teach people to dance in all kinds of places.”

After the signing of the Paris Peace Agreements in 1991, Princess Buppha Devi returned to Cambodia permanently. She also retired from performing to focus on serving her country. In the next two decades, she would hold several senior positions in the government. During her office as the Minister of Culture and Fine Arts, a position she served from 1998 to 2004, the princess succeeded in having the Royal Ballet inducted into the UNESCO Intangible Cultural Heritage Lists in 2003.

Even into her 70s, Princess Bopha Devi was still continuing to organise the performance of the Royal Ballet in Cambodia and on the international stage. She was also famed for her innovations, including composing new drama for the dance.

“What she did for the world of Khmer dance is inestimable,” says Alessandro Marazzi-Sassoon, an American art journalist who met and interviewed Princess Buppha Devi during her trip to bring the Royal Ballet performance to Hong Kong for the first time in 2017.

“I think the two most important things she said to me were that for her dance is ‘universal’. Even if it’s the ‘royal ballet’, she said that it did not matter if she danced for kings or the poor, or for nobody, just on a mountain top, dancing is sacred in an equal way for her.”

Undoubtedly, the Princess’s name has already been synonymous with the traditional dance.

To carry on the legacy

In a short documentary featuring Princess Buppha Devi before her demise and posted in the Royal du Cambodge this week, she gave a statement which was regarded as her last words. According to the video, she said she wants to have the performances and instructions recorded into digital videos so that future generations of Cambodians can study from them.

“When I and other masters in my generation die, our skill and knowledge will die with us,” she said. “I am very old now, and it depends on our future generations to be united by their love and effort to preserve and protect the traditional dance.”

Chap Chamroeun Tola, an artiste in the Royal Ballet, and Proeung Chheang, Princess Buppha Devi’s lifelong colleague, confirmed her wish. Unfortunately, the Princess is now gone, before it was fulfilled. Nevertheless, both of them have vowed to make it a reality.

“To make the princess’s dream come true and to further protect the performing art, all of us have to work together,” Chheang says. “That is the only thing we can do to honour her life and work.”

Tola added: “We have not known yet who will be directing the Royal Bullet after the Princess. But, all of us artistes will do our best together to get ready to fulfill her wish.”