New Japanese ambassador Mikami Masahiro has pledged to continue strengthening and expanding cooperation with government to maintain the Kingdom’s peace and stability.

According to the meeting minutes, Ambassador Masahiro lauded the Kingdom’s development and peace, hoping that the country will continue to progress and its people enjoy peaceful lives. 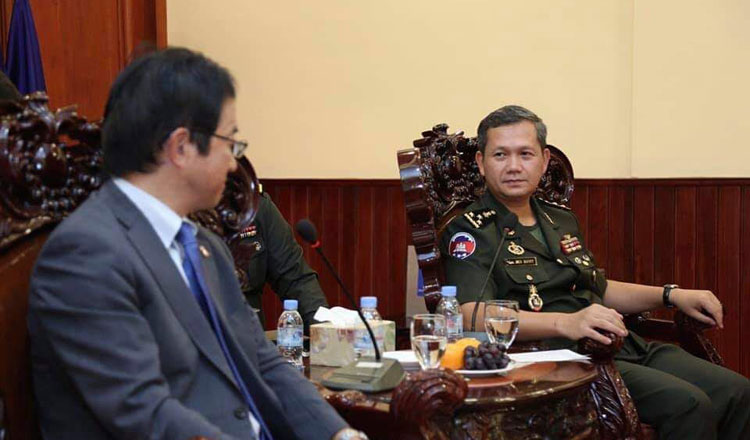 “Ambassador Masahiro said Japan will continue to strengthen and enhance cooperation with Cambodia in order to preserve peace and social stability, as part of the development,” it said.

Gen. Manet expressed his gratitude to Japanese government for its numerous support, including assistance in last year’s general election.