Home - Khmer tenor who introduced opera to the Kingdom

Khmer tenor who introduced opera to the Kingdom

In Cambodia, opera, a form of theatre originating from western classical music and enjoyed by millions around the world, is still new and remains less popular among Cambodian theatregoers. But, it may be so today only because people here do not have enough exposure yet, says Khuon Sethisak, a Cambodian expert of the dramatic art and the one who introduced it to Cambodia. Taing Rinith sits down with Sethisak about the tenor’s passion as well as his ambition to make opera a part of the local art and a tourist attraction.

A FRIDAY’S evening in early October, hundreds of people from all nationalities laughed and cried and gave big rounds of applause in Sofitel Phnom Penh Phokeethra’s ballroom where an Italian opera performed, kicking off the second Sofitel Phokeethra Classical Music Festival. The play, called ‘Pagliacci’ (Clown) and written by Ruggero Leoncavallo, narrates a tale of romantic entanglements of Canio, the head and a clown of a comedic troupe, Nedda, Canio’s wife and Silvio, Nedda’s love affair.

Despite being performed in the heart of Phnom Penh, only a few Cambodian artists performed in the opera. However, a Cambodian tenor, Khuon Sethisak, was playing Canio, the most important role in it. He has a great singing voice, giving the audience goose bumps when he hits a high pitch.  And his performance received positive response from viewers as well. He has quite good skills to bring out the protagonist he plays, especially the emotion in his voice and facial expression while his well-built physique allows him to match Canio, a man with a quick temper.

“I spent a lot of time on rehearsal because a mistake cannot be afforded,” says Sethisak in an interview with Good Times2.

In the final scene, when Canio, dressed as a clown, grabs a knife from the table and kills Nedda and Silvio also, the horrified audience then hears the celebrated final line: La commedia è finita! – “The comedy is finished!”

Sethisak’s dreams of singing Verdi’s “Othello” and getting from forte to pianissimo during a high C in an opera drama performed by an all-Cambodian troupe is endless. It may mean nothing to most Cambodians, but for the 48-year-old tenor, who is a little quiet when he speaks off the stage, it means the world. 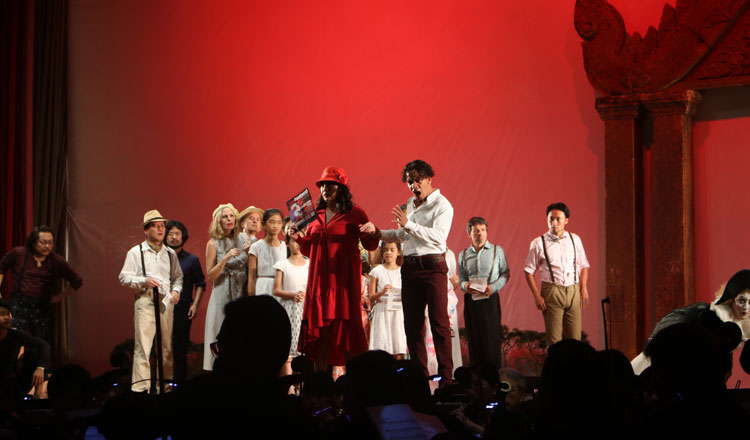 “The concept of opera is very new in Cambodia, and many people do not understand it,” Sethisak says. “They think that opera, in which music has a leading role and the parts are taken by singers, is only about people yelling foreign words.”

In fact, many were surprised when he told them that opera singers do not sing on microphone, Sethisak adds.

When he was younger, Sethisak did not dream of a career in an opera house or an ordinary singer, although at the age of nine he became a soloist performing all over the country in a children’s choir formed by the Royal University of Fine Arts after the collapse of Khmer Rouge. He wanted to follow in the footsteps of his father who was a musicologist and trumpet player.

After finishing high school in 1988, Sethisak was accepted into Tchaikovsky Academic Music College at the Moscow State Conservatory. He initially studied piano, composition and theory, but after six years, he fell in love with opera.

“One of my Russian masters noticed my voice when I sang while playing piano, and he said I have talent in singing despite the lack of training,” he said. “He introduced me to singing, and then opera, which I studied in Moscow in the next two years.”

He added, “I fell in love with opera because of the science of voices combined with performance in it. It is like a film guided by the singers’ voices and the orchestra.”

Sethisak, who understands and can sing in Italian, French, Russian, English and Khmer, even won third place in an international opera singing competition in Russia. By the time he returned to Cambodia in 1996, Sethisak was the only Cambodian opera singer as well as the one who introduced the art to the country.  At that time, he usually performed for foreigners, but he was promoted by the royal family, who love him and adored opera.

Sethisak later continued his training in Italy, under Verdiana Carlo, and Berkeley, US. He is no longer the only opera artiste in town since Sethisak has been teaching Cambodian students at the Royal University of Fine Arts and giving concerts whenever he can. That’s because his life goal is to make opera a part of the local art scene.

“I dream of founding an opera troupe, with all Cambodian members, to perform regularly the operas in Khmer language in front of a large Cambodian audience in an opera house in Cambodia,” Sethisak says.

“For sure, it is a dream that is very difficult to achieve.”

And it sure is. So far, according to Sethisak, there is not a place such as an opera house in Cambodia. Another challenge is the lack of funding, which is very important for training and making the opera more accessible to Cambodian people. But, the Cambodian opera pioneer says he would never give up.

“Due to my dedication to opera, I am still single now, but that does not matter,” he says. “I will do my best to make it a part of Cambodia artistic identity during my life time.” 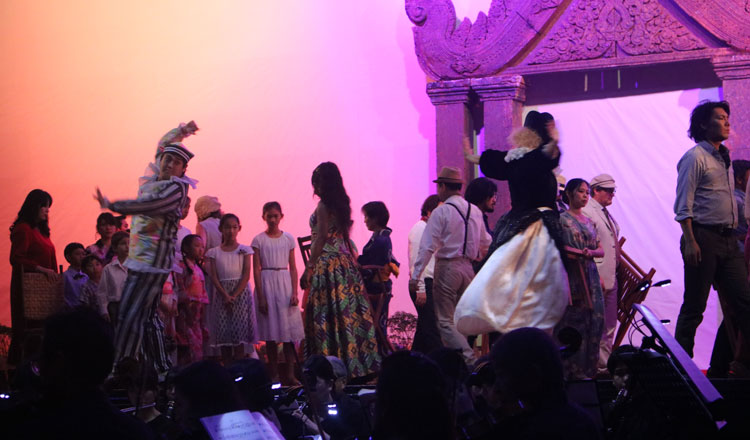 When asked why he wanted to promote an art which was not originated in his motherland, Sethisak says opera belong to everyone.

“It is a world heritage, and something that can draw a great deal of attention from the entire world to Cambodia,” he says.