THIS is insane. I actually roll 1,000 sticks of cigarettes a month, whose big idea started with logic that the process will slow down my smoking, which it has ‘cos I’m rolling half the time. However I didn’t reckon that this daily ritual of rolling 30 sticks a day is taking its toll on both hands where I use two fingers and the thumb on each side. To know which fingers I am talking about, imagine holding a mini-roller apparatus to squeeze (tiny) sugar cane sticks for the juice. Call it ‘Finger Fatigue’ but the big concern are my fingerprints. My real fear is that with a few more years of ‘roll it, roll it, roll it on the river (lyrics from: Proud Mary)’ and my fingerprints will fade away. Is that possible? After all, for the aged like centenarians, they likely may have lost their last faded thumbprint on a last trip to the solicitors where it needs your thumbprint for making a last will. 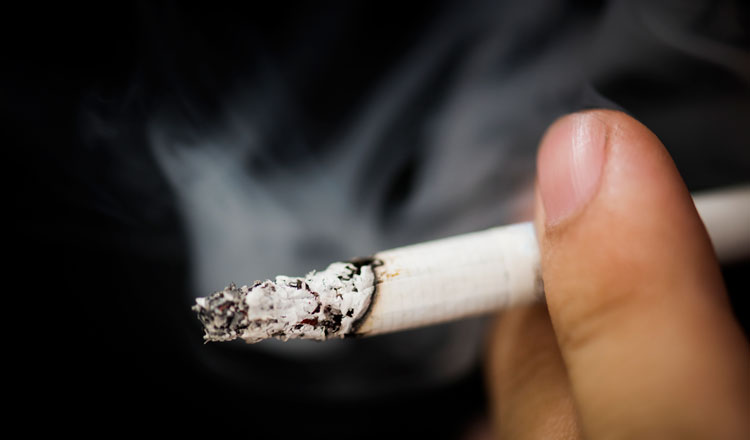 The question now shifts to you, as which fingers and thumb(s) are being overused in the era of the smartphone earthlings. Now think further, that besides my faded fingerprint syndrome, ‘Finger Fatigue’ also creeps into the small (screen) picture of phone addicts.

A recent Bangkok Post report said many youths like varsity students are suffering from “trigger finger” and muscle pain as too much time is spent on phones: “At risk are those who use phones for hours on end, bending their necks and elbows and tapping fingers on screens to text long messages. This can result in fingers, wrists, shoulders and even necks becoming ‘locked’ in one position, with associated pain.

We’ve found that the ages of our patients are getting lower, since (students) are spending more hours on smartphones and computers,” Chutiphon Thammachari, a physiotherapist at Mahidol University’s Faculty of Physical Therapy, told The Bangkok Post on Nov 12.

In a growing trend over the past two years, more young people like students aged between 20 and 22 years old are seeking treatment for muscle and tendon inflammation at the Physical Therapy Centre.

In the past, most of the patients were office workers in their 40s, Ms Chutiphon said. Trigger finger is a disorder of the tendons with stiffness and a sensation of locking when a finger is straightened, she said. Meanwhile, “texting thumb” is caused by inflammation of tendons controlling the thumb. Frequent and prolonged use also puts phone users at risk of painful “tennis elbow”, when tendons are overloaded by the need to hold the joint in a bent position. The same problem can afflict tendons in the shoulder and neck.

So here, at your finger tips are the perils for phonephiles. Now show me which finger.