Home - 5 Drunk Men and a whole lot of beer

5 Drunk Men and a whole lot of beer

The name is 5 Drunk Men and the claim is bold: “We have the biggest craft beer selection in town”. Naturally, Good Times2 had to investigate if it is indeed true. Details were exchanged and not long after, the Night Owl was sent to probe into the legitimacy of this ‘craft beer haven’. Curious to know what was discovered? Hold onto your seat.

THE story of 5 Drunk Men began in January last year when two chefs, Chris Wong and Keegan Thong, realised they needed an escape from the bustling lives they lead in Singapore. While they both had great jobs, living in a concrete jungle finally took its toll on the two Malaysians.

Seeking something new and fulfilling, the duo collaborated with Singaporean Elton Seah to open a new food & beverages establishment in the Kingdom’s capital. After a series of research, the trio decided on Phnom Penh’s number one tourist hotspot, the Riverside.

“We wanted a location that both locals and foreigners are familiar with. At the same time, we want our place to be in a well-lit and somewhat busy area to ensure our customers’ safety.

“Petty thieves, for instance, will think twice before pulling some tricks in this area. On top of that, we have absolutely the best view. That is our main selling point,” co-owner Mr Wong said.

Today, 5 Drunk Men sits perfectly on the fourth floor of a building along Preah Sisowath Quay, overseeing the great Tonle Sap. If you are coming into the city from Wat Phnom, you would be able to spot bright neon lights on the side of the building which spell out the bar’s name.

“To be honest, we didn’t even know how the name came about. We wanted something that is easy to remember and names with numbers in it typically are more memorable so we went with 5 Drunk Men,” Mr Wong quipped.

Despite its location, Mr Wong said 5 Drunk Men is not as popular with foreigners. But instead, it is one of the latest spots favoured by Khmer teens. Why? Because of their craft beer options.

Boasting what perhaps is the ‘biggest’ selection of craft beer in all of Cambodia, you can find a variety of thirst-quenchers from across the region including Heart of Darkness’ Pilsner (Vietnam), Lion Brewery’s Lager (Singapore), Outlaw Brew’s IPA (Thailand) and of course, the whole range of locally-made craft beer by Stonehead Cambodia. 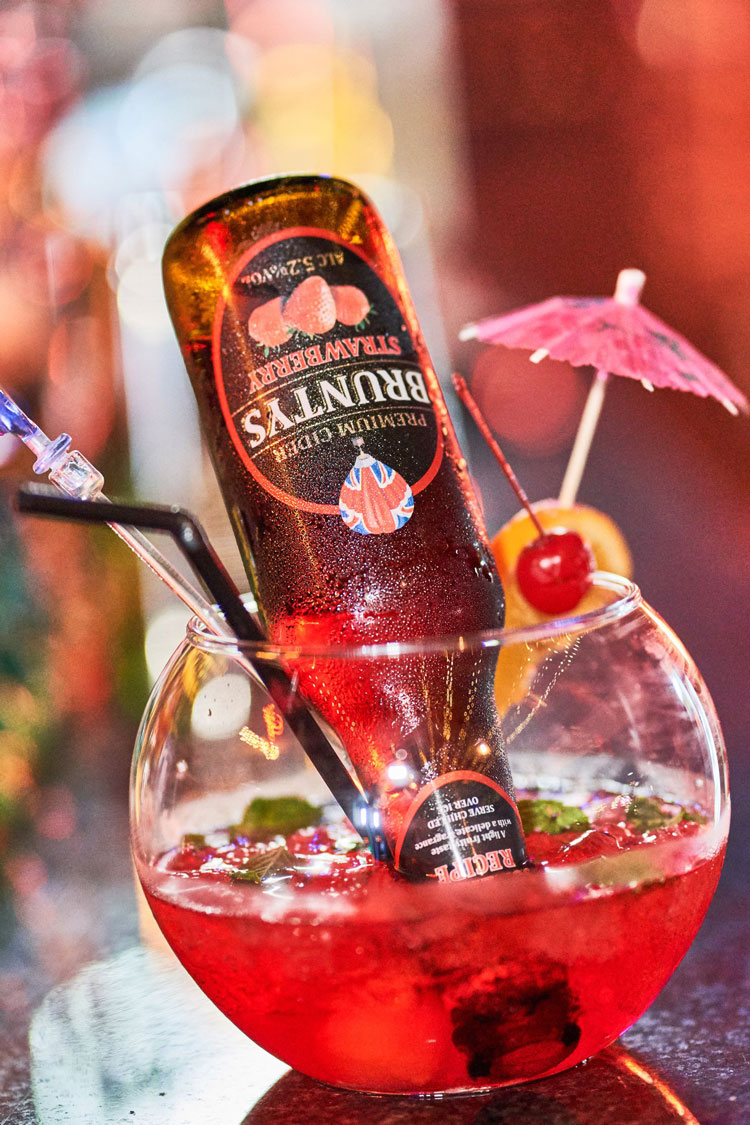 “We realise that craft beers’ fans are growing especially here in Cambodia. It has been the trend for awhile across the globe but the phenomenon has just started here and we really want to tap into that.

“We are craft beer fans ourselves. We love the intricacies of the flavours, and how basic ingredients can form so many different tastes. Plus, craft beer is the perfect drink for when you just want to have a chill night out, drinking with friends,” Mr Wong added.

Aside from the troves of craft beers, 5 Drunk Men also takes pride in the extensive menu of what they describe as “lip-smacking bar snacks” including 5DM signature black fish and chips, southern fried pork belly and the sharing platter which consists of peri-peri wings, satay, cheesy fries, sausage and nachos.

“My culinary experience is more focused in French cuisine but we did not want to do that here. We figured it would be best to serve feel-good food that people can enjoy as they sip on their chilled drinks. We actually revise the menu every three months just to experiment with different food items,” he said.

Speaking of future plans, Mr Wong said the bar will start to host a variety of monthly or themed events to attract different kinds of crowds, starting with the upcoming one on December 7 dubbed ‘Jungle On My Mind’.

It is a collaboration between 5 Drunk Men and local non-profit group Wildlife Alliance, aiming at spreading environmental awareness through exhibitions of photographs by Miguel Jeronimo. The proceeds from the sales of the photographs will go back to fund the group’s community-based projects.. 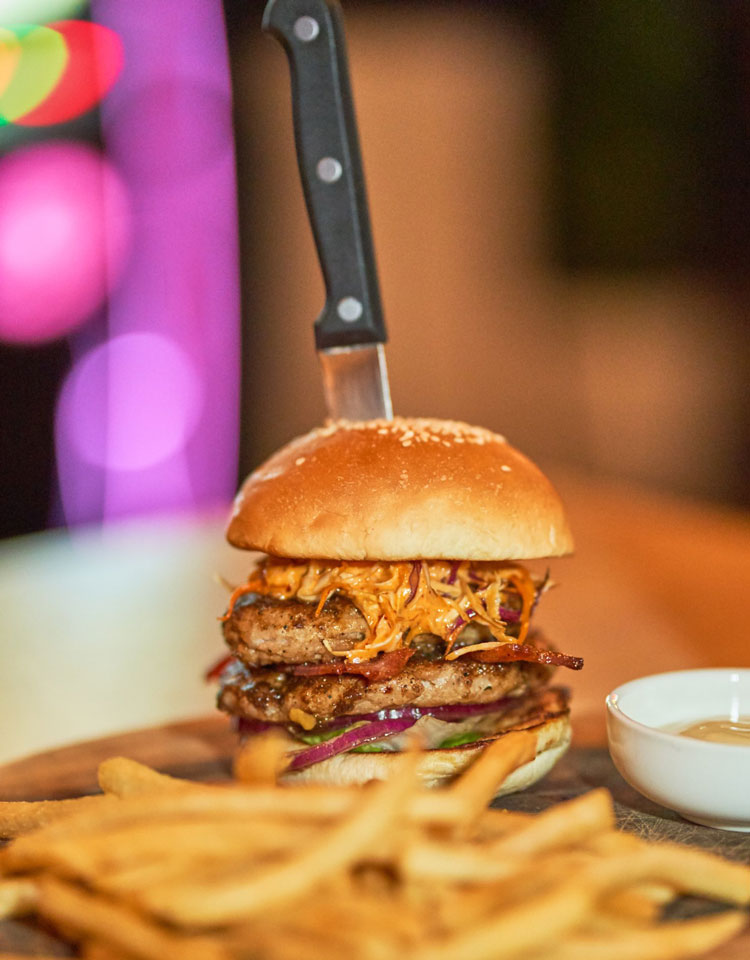 If you are a craft beer connoisseur who also enjoys a good, hearty meal, what are you waiting for? There is also an unobstructed view of the Tonle Sap waiting for you. 5 Drunk Men is open everyday from 5pm till late.