Former opposition leader Kem Sokha today called for his treason charge be dropped a few hours after the Phnom Penh Municipal Court allowed him to travel across the Kingdom.

“The court’s decision today is not a dropped charge. It is just only a change of the terms of some obligations,” Mr Sokha said. “As an innocent person who has been detained without committing wrongdoing for two years, I still demand that the charge against me be dropped.”

“I hope the court’s decision today is a first step but other Khmer people and I, who have been deprived of political freedom, still need real solution and justice.” Mr Sokha added.

Mr Sokha was arrested in September 2017 for allegedly colluding with the US to topple the government and charged with treason. 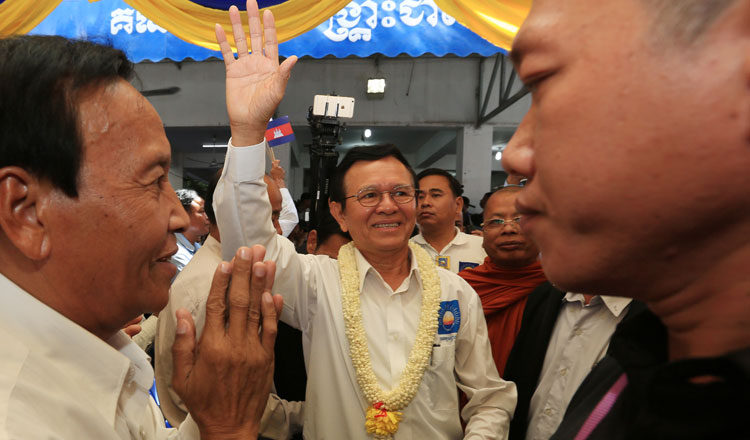 The municipal court issued a statement today, saying that the investigating judge decided to ease Mr Sokha’s bail restrictions due to his lawyers’ request and his good cooperation with authorities.

However, it said that Mr Sokha remains under court supervision, banned from leaving the Kingdom, refrain from conducting political activities and respond if summoned by all authorities.
The US embassy in Phnom Penh today also urged Cambodian authorities to fully restore Mr Sokha’s freedoms and political rights under Cambodia’s constitution and drop charges against him and others.

Justice Ministry Spokesman Chin Malin said that only the court could find Mr Sokha guilty or not, noting that he is needed to be placed under court supervision.

“He needs to defend his case according to the court procedures in order to prove that he has committed nothing wrong,” Mr Malin said. “The decision will be made based on the court. It is considered based on facts, law, evidence, witnesses and the result of the investigation.”