Prime Minister Hun Sen today urged all people to celebrate Ambok-eating ceremony, saying that it is a move to safeguard the nation, religion and the King.

In a Facebook post today, Mr Hun Sen said that the people should enjoy consuming pounded rice served with either coconut juice or banana, noting that it is one of the three ceremonies during the Water Festival.

“I would like to call on all Cambodians to eat pounded rice together under the slogan–Ambok Khmer to defend the Nation, Religion and the King,” he said. “There will be no clashes in Phnom Penh. Please do not be worried about an insecurity.” 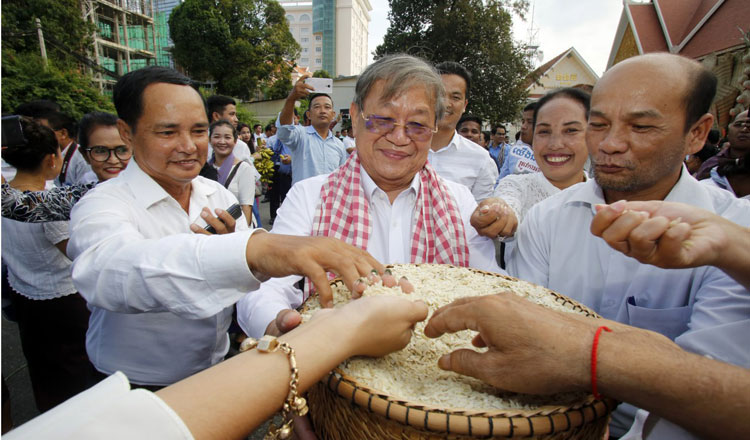 The Ambok-eating on November 9 was initiated by Mr Hun Sen to defend the Nation, Religion and the King after Sam Rainsy announced his return to the Kingdom on November 9 and called for the mass to overthrow the Prime Minister.

“Our authorities will make sure that the people enjoy peace without fear. As you can see, no problem arises,” he said.