AFTER two years of filming, a young screen writer will see her movie ‘Young Love’ premiere on the big screen in Phnom Penh on Nov 7.

The film by Kong Chak production, is directed by young filmmaker and screen writer Rithy Lomorpich, known as Yoki, together with a famous singer and author Mong Manith, after filming began in 2017.

In a pre-screening for invited guests on Monday (Nov 4), the movie shows a refreshingly new perspective on emotional attractions among young people, where reality bites in the end.

“The movie is about love and set in contemporary society with elements of the arts, family values, friendship and the right path, which is that young people should follow their hearts,” said 27-year-old Yoki. 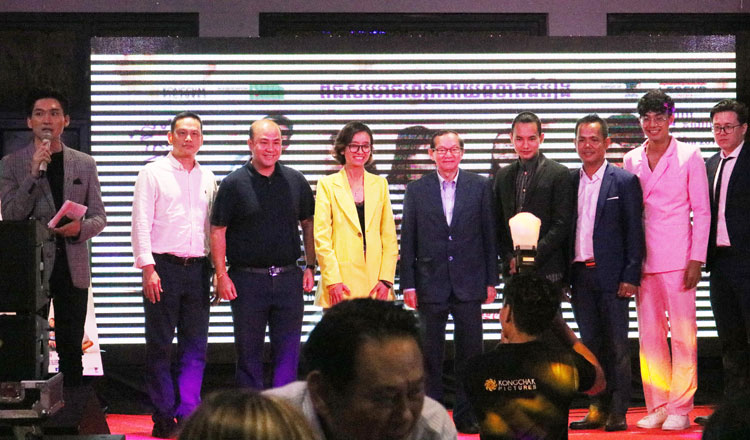 Ms Yoki adds that while most movies nowadays have war scripts (Khmer Rouge regime), she wanted to test young audiences with other genres as well. And getting away from the same genre like sad or scary themes.

Speaking at the pre-screening at Legend Cinema on Nov 4, Ms Yoki said: “Everyone has her own love story to tell. We do not mean to encourage romance at an early age but we want to show young audiences what is right or wrong love.”

“We hope young people will love this movie, not just because it is a good production but that it is produced from our hearts.”

The movie script is about a female protagonist named ‘Kesor’ who lives in Phnom Penh with her grandmother. In daily life, Kesor is perpetually waiting to receiving letters from her mother who is ‘living a distance away’.

Kesor, who has three close friends, two girls and a guy (Sopheak, Bela and Rith), is your typical teenager with the usual dreams, and everything with her friends are going well. But things start to change after she meets Veha who is a handsome senior. She swoons over guitarist Veha who writes his own songs.

Questions loom as ‘Young Love’ pans out to a startling ending: Will Kesor have to choose between real love and friendships? And what of her mother in the distance? Go catch the movie!

The movie will premiere on Nov 7, with tickets available at all cinemas such as Legend Cinema, Major Cineplex, Prime Cineplex (in Phnom Penh) and Ek Phnom at Battambang.

Youths need to upskill but must finish high school