IT’S hard to keep a good man down, unless you’re Damon Divine who knocks good men down on a nightly basis and keeps them down for the count because that’s his job.

Damon’s a long-term American pro-wrestler who has just finished a work stint in Shanghai and is now resident in Siem Reap, where he’s booked to wrestle at a new fight club-cum-nightclub in the Pub Street precinct that is run by Chinese-based organization, OWE, aka Oriental Wrestling Entertainment.

The new venue, scheduled to open on November 1, is called the OWE Fight Club Show & Pub and its nightly shows will also be broadcast on Fite TV. 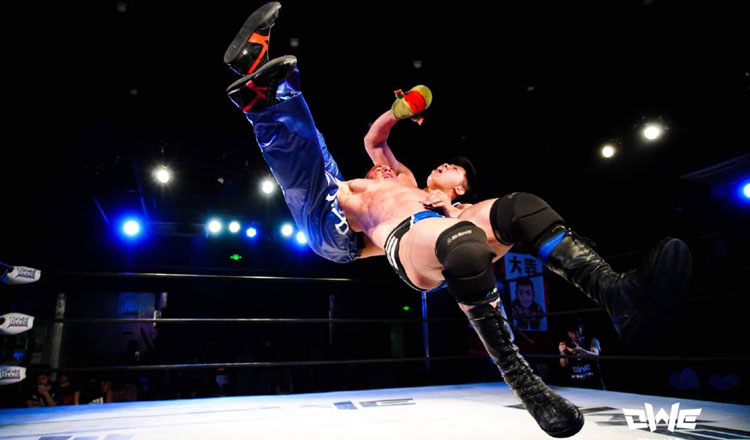 OWE is emerging as a hot property on the global wrestling and martial arts front, signing big deals in the US, UK, Japan, Mexico and Canada. And the mere fact that, in between all this frenetic growth, it is also launching a live venue in downtown Siem Reap is quite amazing in itself.

OWE is owned by Shanghai film director Fu Huayang who created the organisation in 2017. A talent search attracted over 200,000 applicants with martial arts background and from this pool, 50 people were selected to be trained as pro wrestlers.

In February this year, it signed a partnership with new American company All Elite Wrestling owned by US billionaire Tony Kahn.

In March, it signed a video-on-demand distribution deal in the UK, but planned performances in the UK in September were abandoned after teething problems.

Michael Nee, vice president of OWE,  is in Siem Reap  to oversee the launch and he tells GT2 that decisions such as whether to charge an entrance fee to the venue which, as well as a wrestling ring, will also have a bar, TVs and food stands, are still being determined.

The feel of the show – or to be more precise, the level of violence in the wrestling and kung fu bouts – is also still under consideration.

OWE’s shows in China  are more like variety shows, combining martial arts exhibitions, live pop music performances and pro wrestling, with wrestling adjusted to suit audience tastes, or, in China’s case, government dictates – Michael Nee explains, “Typical wrestling can be a little too violent,” and is in danger of being “killed by the government.”

But whatever the precise format turns out to be, Damon is ready to go with Divine performances.

“My goal is to entertain the audience,” he says. “To make them laugh, boo, or cheer and allow them to feel emotionally invested.

“I love to make the crowd feel like they’re part of the show. I love to be innovative. I bring a mix of old school power and technical wrestling, with a little bit of high flying and I try to bring something different to the business.”

Damon’s career itself has been action-packed, kicking off when he just a lad.

“I have been a professional wrestler now for 15 years,” he says. “I started wrestling when I was eight years old and I knew that I wanted to be a pro wrestler. I had a very rough childhood, one of four children with a single mother. Growing up poor, wrestling saved my life. It kept me out of trouble, and gave me a reason to want to be successful. 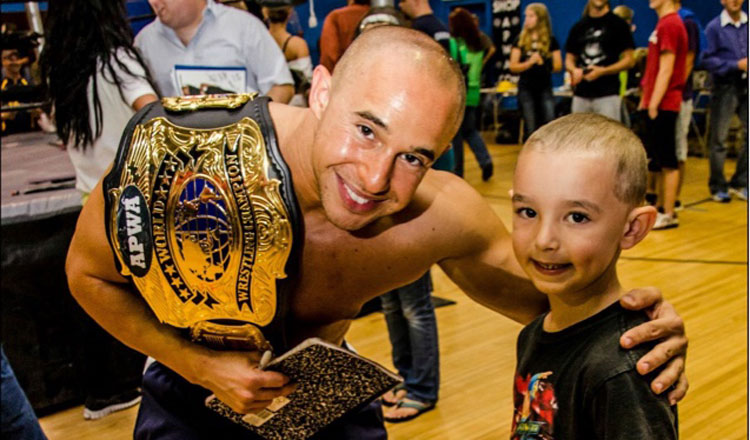 “By the time I was a teenager I was promoting my own events and having crowds of over 300 people coming to my shows. When I turned 19, I began attending wrestling school, Ultimate Pro Wrestling (UPW) in Los Angeles and a few months after my training I made my pro debut.”

Damon is also an actor and earlier this year he was admitted to the Screen Actors Guild.

“This was a great achievement for me,” he says. “I have a full background in theatre arts, and two years ago I decided to pursue an acting career. I began acting and then started doing stunts, and I have been blessed to have had the opportunity to work on some really big projects.

“The two movies that got me into the Screen Actors Guild was the movie ‘Bumblebee’ that came out in December 2018 in which I played one of the soldiers. I’m also in another movie that will be released in February 2020 titled, ‘Birds of Prey: The Emancipation of One Harley Quinn.’ This was a featured role in which I played a bodybuilder in one of the big rival gangs. And most recently I was featured on Conan O’ Brien’s late night show early this month because of the role that I played in a new music video by artist Flula, titled, ‘Self Care Sunday’.” Damon also started wrestling internationally in April 2017 at a big event in Guangzhou China. Then, from June to August this year, he worked in Shanghai and now here he is, living and working in Siem Reap.

“Siem Reap definitely did surprise me,” he says. “I didn’t know what to expect, but Siem Reap has exceeded my expectations. It’s a lot different here than any other place that I’ve been to, and I can’t wait to perform here.

“I also want to tell people that when they come to these OWE shows that they should be prepared for an amazing, unique, exhilarating and exciting experience like no other.

“I am so grateful and humbled to be here in Siem Reap and be part of this. It truly is a blessing.” 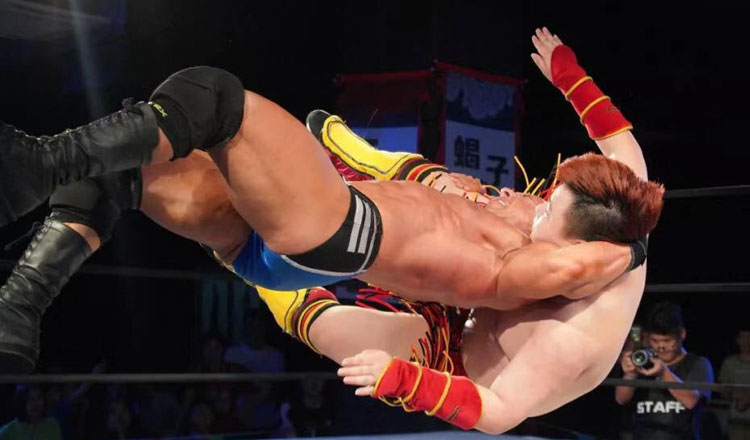 Turning cartwheels across the floor

How K-pop world takes a toll on celebrities