Cambodian mangoes could soon be consumed in Japan with the Cambodian government recently requesting Japanese authorities to accelerate the process of greenlighting imports of the fruit.

If Japanese authorities accept Cambodia’s request, Japan would become one of the few East Asian countries importing Cambodian mangoes. South Korea will receive its first shipment of Cambodian mangoes next month, while negotiations and technical work to ship the fruit to China are ongoing.

Agriculture Minister Veng Sakhon said on Monday that Japan is a “potential market” for local agricultural products, and noted that the country already allows imports of yellow bananas from the Kingdom.

“On top of that, we wish to see the Japanese government consider our proposal to import Cambodian fresh mango, and speed up the process,” Mr Sakhon said during a meeting with Kanji Kato, Japan’s Deputy Minister of Agriculture, at the Ministry of Agriculture in Phnom Penh.

“Cambodia has been working hard to accelerate the technical work and meet quality and safety standards to enable exports to these three markets,” he said, referring to China, South Korea, and Japan. 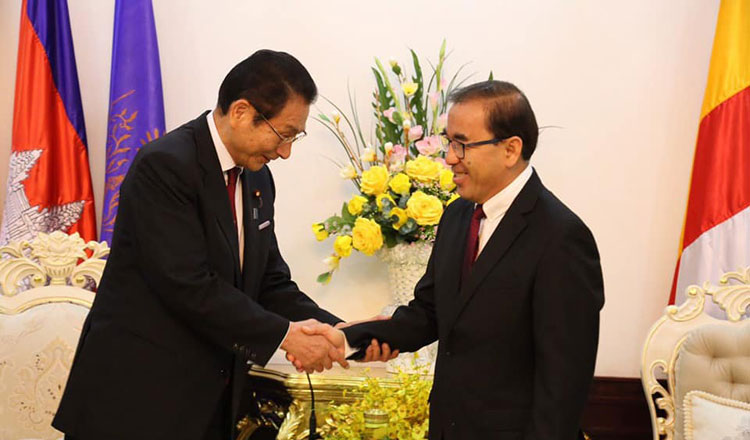 Mr Kato said Japan is reviewing the request and will give an answer by the end of the year.

Ker Monthivuth, director of the Plant Protection and SPS Department, said Cambodia sent paperwork to Japan related to mango shipments last year and that Japan will soon give feedback.

“Japan has pledged to give us an answer by the end of the year after they finish reviewing our documents. They will let us know what information we are missing so that we can meet their requirements,” he told Khmer Times yesterday.

Once Japan is satisfied with the paperwork submitted by Cambodia, it will send a team of experts to the Kingdom to conduct on-site evaluations. The following step will be to sign a protocol, he noted.

“As we know, Japan is very strict when it comes to fruit imports, so the process could take time,” he added.

From January to September, Cambodia exported more than 39,864 tonnes of fresh mangoes to Vietnam and Thailand, according to the latest figures from the Ministry of Agriculture.