To mark the 40th anniversary of the re-establishment of the National Bank of Cambodia, the Khmer Times talks to Director General of Central Banking Her Excellency Chea Serey, about the journey of the central bank after its re-establishment following the revival of Cambodia from its darkest past.

In this exclusive interview, she highlights the challenges faced by the National Bank of Cambodia and efforts to overcome them.

Can you briefly describe the journey of the National Bank of Cambodia over the past 40 years? And was it a smooth journey?

H.E. Serey: Cambodia reopened its central bank as the People’s National Bank of Kampuchea on October 10, 1979. Back then, it was a point in history that had already witnessed the depletion of the country’s entire financial system. Cambodian people who survived the Pol Pot regime were still using a barter system. Obviously, to re-launch the National Bank from zero was a very challenging task. We lacked human resources because most of our scholars were killed during the Khmer Rouge regime. We needed to recruit people who were qualified, but many still did not dare to show their certificates because they were worried about what would happen to them.

Second, the central bank’s original building, known as the “Red Bank”, was destroyed by bombing, so initially we did not have formal premises. We received technical support from Vietnam and the former Soviet Union. 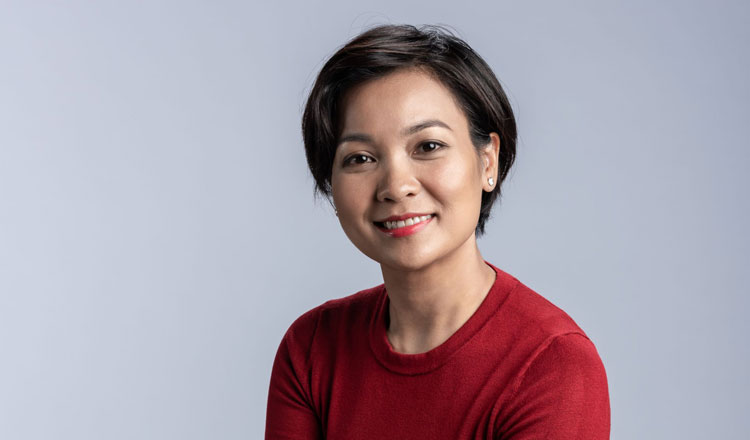 Six months later, on March 20, 1980, we issued the first riel banknotes, while people also used rice as their currency. When banknotes entered the economy, they found it very hard to measure them in terms of units. It took quite a while for our people to get used to the new system. But, still, people did not trust the system because they had been through a bitter part of history. After 1975, when the Khmer Rouge came into power, the value of all the money they had in their bank accounts or pockets was suddenly gone and they still used gold as their basic currency.

By 1989, the People’s National Bank of Kampuchea was functioning as both a central bank and a commercial bank, publishing and lending banknotes at the same time. It was an ineffective system, but at that time, there was no commercial bank in Cambodia at all. However, in 1992, if I am not mistaken, we separated Foreign Trade Bank of Cambodia (FTB) as an autonomous subsidiary of the National Bank, to provide loans to people. Also in that year, we witnessed the arrival of the Cambodian Comm-ercial Bank (CCB), a subsidiary of Thailand’s Siam Commercial Bank (SCB), the first private bank in Cambodia, followed by the Cambodian Public Bank. Both were joint ventures with the central bank that began to gradually privatise until all three were completely private, as they are today.

When did Cambo-dia’s banking sector experience its first boost?

H.E. Serey: Even after the general election in 1993, the banking sector in Cambodia was still characterised by ambiguity. Yet, as I noticed, it got its first real impetus after the 1998 election, when Cambodia achieved full peace and both investors and ordinary folk began to trust our banking system. In the meantime, the National Bank introduced reforms to the sector, including the adoption of the law on banking and financial institutions in 1999, and set up minimum financial capital for all banks and financial institutions to ensure their stability. In 2000, we closed 17 banks, which upset many people who did not receive their deposits back. But, without that essential action, the reform would not have been possible. We needed to move forward. Then, between 2002 and 2003, our banking sector experienced its biggest boost to date.

How many financial institutions are there in Cambodia today? And, briefly, how do you describe Cambo-dian people’s attitudes towards them?

H.E. Serey: Today, we have more than 100 banks and other financial institutions. More people than ever keep their money in the bank, instead of keeping it in gold or in land – and they have many banks to choose from. This is very important because banking allows for financial intermediation. In one economy, there are those who need money and those who have disposable money. Without the intermediation, the economy will not move forward.

What has the NBC been doing to regain trust, bearing in mind financial tragedies in the past, such as the demonetisation of currency by the Khmer Rouge?

H.E. Serey: The National Bank of Cambodia has always made great efforts to help the local banking system regain the people’s trust. All banks and other financial institutions in Cambodia are under the supervision and regulation of the central bank, in addition to laws made by the government. Meanwhile, we keep improving transparency in the country’s banking sector. For example, banking institutions are the only institutions that are required to publicise their annual financial reports, which implies that everyone, especially private companies, has access to observe how each bank has been doing. Each annual report must include an annual audit, conducted by a separate, independent auditing company. In addition, the NBC has also published its supervision annual reports since 2004, which details the statuses of all banks operating in Cambodia, including the size of capital, credits, deposits and so on. In return for their trust, people need to know what the banks are doing with their money.

How has the National Bank of Cambodia been contributing to people’s education regarding financial literacy?

H.E. Serey: We have mechanisms to educate people about saving and borrowing. We are explaining to people how important keeping their money in banks is to the country’s economy and to maintaining their money’s security. We are also teaching people how to invest the money they borrow from the bank constructively. The NBC has launched a number of campaigns for such purposes (such as Let’s Talk about Money!) and a cooperation with the Ministry of Education Youth and Sport to include financial literacy in the school curriculums from grade 1 to 12. We have also cooperated with the Ministry of Women’s Affairs because women play an important role in families and the national economy, so we need to provide them with more knowledge and information on finance and economics. 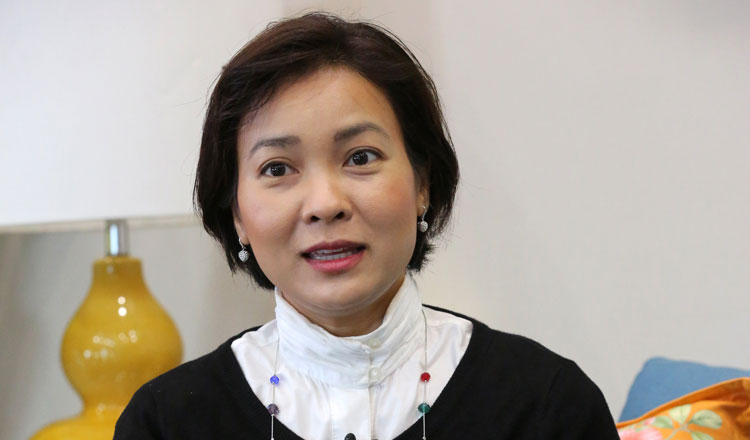 Officials from the NBC, in the meantime, have been going to rural areas all over the country to hold workshops and training sessions on financial literacy. These are attended by residents, local authorities and representatives from NGOs and financial institutions. We want them to speak about their challenges so that we can help them and protect them from taking out illegal loans or investing in pyramid schemes [in which high interest is paid from new investors to the original ones until no more investors can be found and only those at the top of the pyramid benefit while the scheme collapses, leaving those at the bottom with nothing].

Do you have any message for our readers?

H.E. Serey: A country’s economy is metaphorically a human body. Different sectors are different organs that support that body. The banking sector is the heart that pumps blood to all other organs. The National Bank of Cambodia, meanwhile, is a cardiologist who keeps the heart healthy.

Heading towards a cashless society