HE might be young but he dreams big about the blue yonder. Meet Lim Reachta, who will become the youngest pilot to fly the Airbus A320 in Cambodia’s skies.

At the tender age of 19 when other students are still thinking what to major in and which university, the pioneering Reachta has already enrolled with Epic Flight Academy, a commercial airline pilot training academy in Florida. 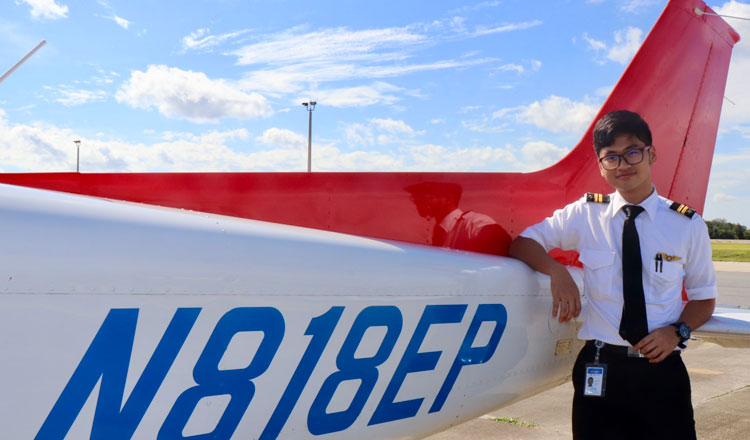 The steely-minded youth is strapped into the cockpit of Aerostar Flight Training Services LLC’s Airbus A320.

His unsung journey began when he was just a kid. Growing up in Phnom Penh City, Reachta would travel frequently for a brief reunion with his parents who worked as doctors in Siem Reap.

Siem Reap has many wondrous places to visit and cherish but the one place which set his heart a-fluttering was the Siem Reap International Airport. Reachta would never fail gaping at aircraft at the Siem Reap International Airport. The spectacle of airplanes taking off high into the blue fired up his dream, that one day he would fly that flight for his own nation.

“The burning passion and the picture of myself becoming a pilot started there at the airport. My parents most of the time would bring me to watch airplanes soar high in the sky. Our reunion time there inspired my goal and dream to become who I am (becoming) today,” shared Reachta.

Before Reachta graduated to become the youngest pilot in Cambodia, the diligent pilot had to push many boundaries to persuade his family. Growing up in a medical family, Reachta was highly expected to major in medicine after high school. His parents’ wish was to see him wear a white uniform and serve people in the hospital, quite obtuse to the lad’s idea of flying passengers in the sky. 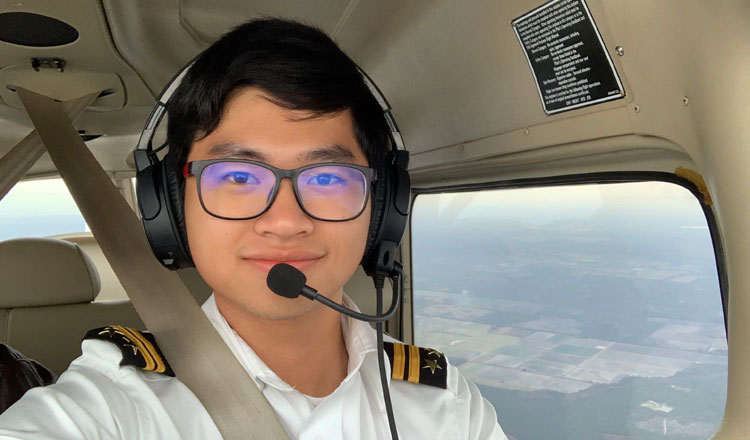 “None of my family’s generations has been to become a pilot before, (so) I am the first and the only one who choose to walk on this path alone. I was under a lot of pressure at first since my parents seem to have so much doubts with my ambition and they also think that this profession would not bring much hope for my future”.

From an online assessment about commercial pilots which showed many networks with so many pilots working locally and abroad, Reachta still refused to budge with convincing his parents of his steely determination.

“Like most of parents are, mine love their children just like precious gold. (Eventually) They see my passion and couldn’t help but to inspire me to follow my own dream,” said Reachta, the first child in his family. 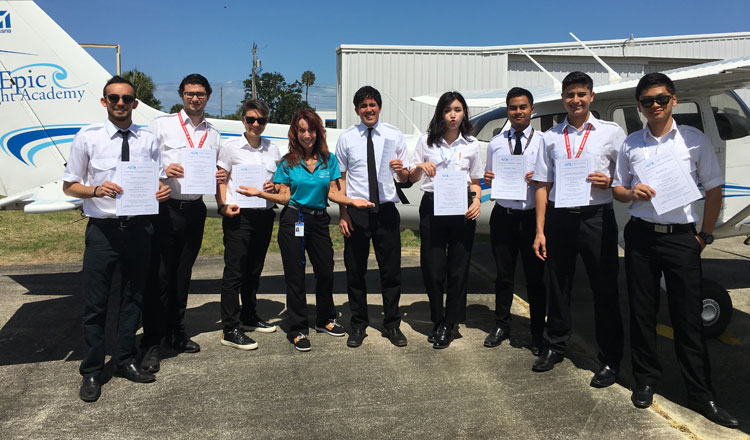 In the context of Cambodia, a scarcity of information regarding the aviation industry still remains a valid concern. Reachta then tried his best to apply for an airline academy outside the country and Reachta did not think he could make it into the Epic Flight Academy.

“My family has (since) been a great source of motivation in support of my education from the beginning till now. I couldn’t be more grateful for their unconditional love,” added Reachta, agreeing with conventional perspective that only the rich can study to be a pilot.

“I didn’t come from a rich family. We all struggle and work so hard to make a living. But I know for sure that if we have a will, we will find a way to achieve our (my) dream.” 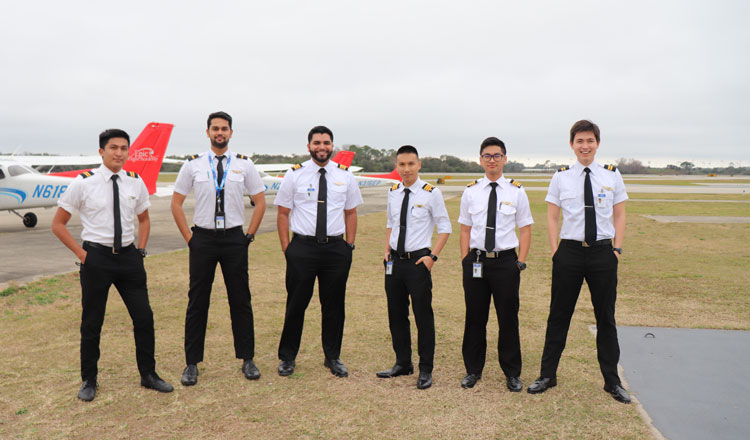 Reachta also shared his perspective in the context of the aviation industry in Cambodia that “As we can see, there aren’t many Cambodia pilots. This doesn’t mean that we lack human resource but the main limitation on Cambodia youths to become pilots is the shortage of information.”

Even though Reachta is a young adult, he is very mature in his thinking with blazing a trail to go the extra mile in the aviation industry so that contemporaries of his young generation can see that a pilot career is reachable, even for the not-so-rich.

“I want to see more Cambodian pilots in the aviation industry. It is a hard journey but we should “dream big, work hard” to achieve what we want. For those young people out there who wish to know more about aviation, it is a pleasure to share my experience as well as what I have learned with you,” he told Youth Today. 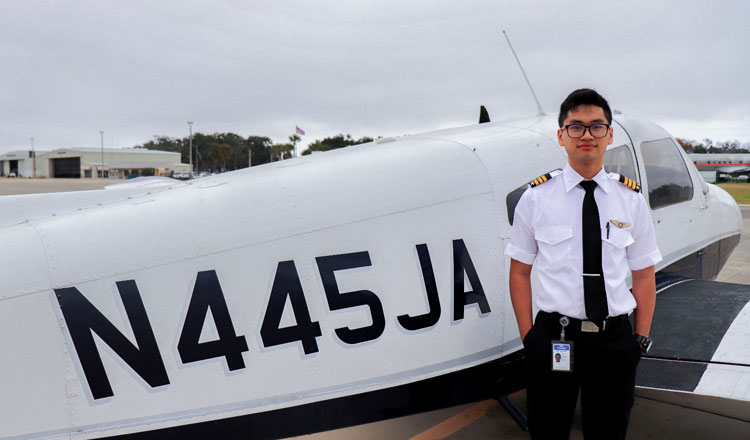 TO enroll with Khmer Pilot Training (a flying school in Cambodia), minimum requirement for applicants to be an Airlines Cadet are:

• Cambodian Citizenship;
• Aged over 17 years at the time of application with maximum age of 40;
• High-school graduate;
• Be physically fit to qualify aviation medical;
• Good communication in English.

The whole course costs about USD85,000 and it takes one and-a-half years. According to Khmer Pilot Training, a pilot with the airlines in Cambodia can expect a starting First Officer salary of $6,000-$10,000 month. Senior Captain salary: $12,000 to $18,000 a month plus travel benefits and further international aviation career promotion in future. 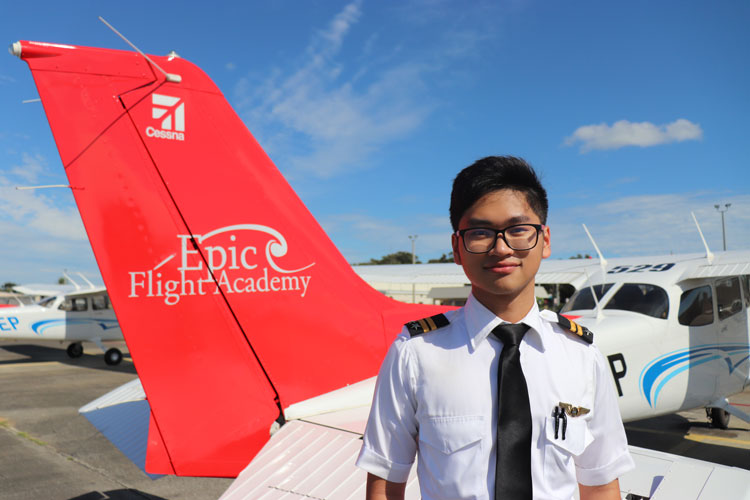 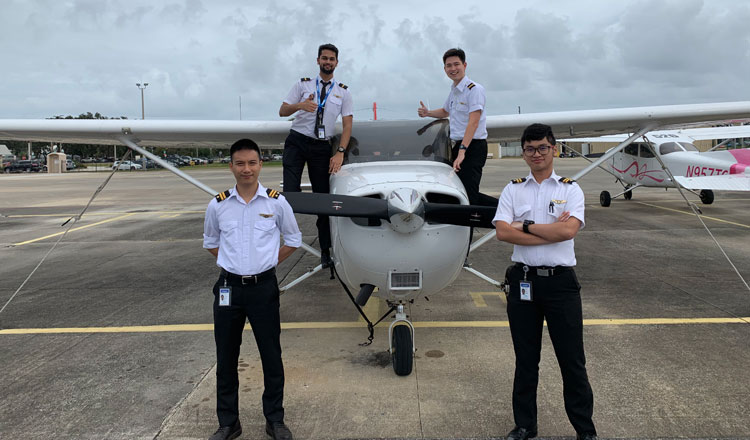 What is Industrial Revolution 4.0?