THE number of filmmakers of short films has been on the upswing every year, based on the record number for Chaktomuk Short Film Festival.

Along with the rising numbers come new, inexperienced producers who face logistic problems like constraints of budget, equipment and actors.

With six movies selected for the final round where only three are adjudged to be top winners in the Chaktomuk Short Film Festival, some fell short but with inspiring stories to tell.

One of them, Sin Chantha, is a filmmaker of four films but whose film only passed the short list and final round.

“I produce short films with my own equipment and budget. We sacrifice everything to make our short film better and more as it is my passion to produce good films. Even all the years, my films did not win but I still apply for the next competition in the hope that one day I will be the winner,” he said.

Mr Chantha added that his film ‘A Road Painter’ relates to a real life story, and the film also reached the final around. But he said the movie is not quite complete when his budget ran out and he is trying to secure more sponsors to wrap up.

Among the six short films selected to the final round, all producers are men but one film ‘Because I Love You More’ came from a woman producer, who did not even expect to reach the final.

“I did hope that my film can pass as a runner up. So even if my film did not pass the final, at least people can watch it since I had put some educational message in it,” said Chan Sinet, producer of ‘Because I Love You More’. 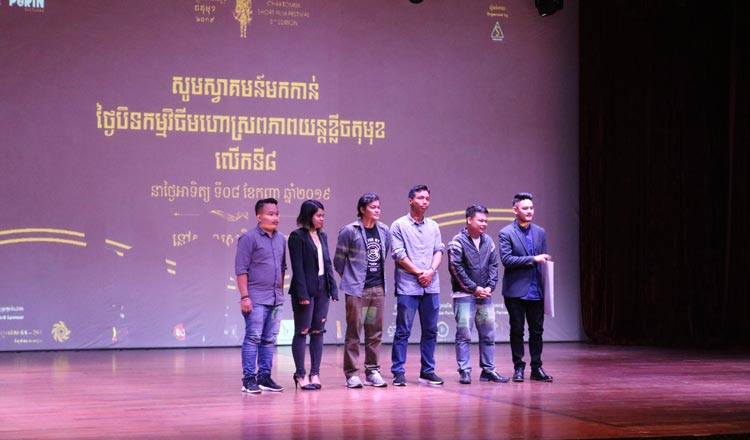 Ms Sinet shared her background that she is only as a screenwriter; and this being only her first film.

“When I started out on this film, I knew it was much harder work than script writing. Producing a film needs a lot of direction other than writing, especially the facial expressions and gestures of the actors. But even so, I want to encourage more women to become filmmakers,” she said.

Ms Sinet added that she will try to produce more films, and she planned for the next one to empower the voice of women.

Organiser of the Chaktomuk Short Film Festival 2019, Sum Sithen, Executive Director and Founder of the Sunflower Film Organisation (SFO) said film and movies are a mirror reflecting the society, culture and tradition, a showcase of people in their country screened to viewers around the world. That was among the reasons he created a film for this festival.

“If a country cannot make a meaningful movie for global viewership, then we cannot learn from that particular country,” Mr Sithen added.

‘Raising The Volume’ for aspiring artists