Saudi Arabia, the world’s largest oil exporter, last week expressed its intention to export petroleum to Cambodia during a meeting with the Ministry of Commerce.

Saud F.M. Al Suwelim, Saudi Arabia’s Ambassador to Cambodia, last week sought the government’s support for the oil export plans during a meeting with Kim Sithorn, secretary of state at the Ministry of Commerce.

However, few details have been revealed about Saudi Arabia’s plan to ship oil to the Kingdom, and there is no indication as to when shipments might begin.

Mr Al Suwelim and Mr Sithorn agreed that the two countries will sign agreements on trade and investment protection soon.

“Cambodia currently imports the commodity from many countries and it would be good if we start buying from Saudi Arabia as well as long as the shipments adhere to the law,” he said.

Mr Thay said importing directly from Saudi Arabia will reduce the price of the commodity in the local market.

“We hope that, if Saudi Arabia goes ahead with its plans, the price of the commodity will improve,” he added. 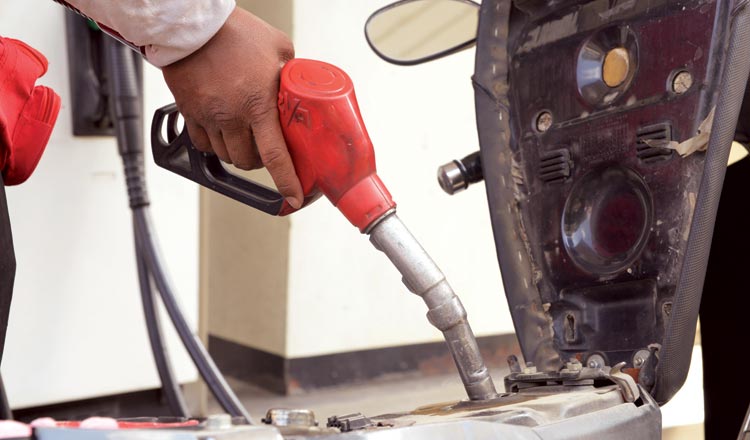 Last year, Cambodia imported 2.5 million tonnes of petroleum products, a 10 percent year-on-year increase, according to the Ministry of Mines and Energy.

Diesel and gasoline are the most imported petroleum products, according to Sok Khavan, the ministry’s secretary of state, who recently spoke to a conference on the oil and gas sectors held in Phnom Penh.

He noted that the Kingdom imports petroleum products from Singapore, Thailand, and Vietnam, with 15 local and international companies buying oil from abroad.

According to Mr Khavan, these petroleum suppliers distribute the products to consumers through 3,778 petrol stations and 29 petroleum terminals nationwide. 103 of these are liquefied petroleum gas (LPG) stations.

“The government has opened the market, allowing the private sector and development partners to participate in the investment, exploration, production, refining, import-export, storage, transportation and distribution of petroleum and petroleum products,” Mr Khavan said.

Demand for gasoline, diesel oil, and LPG is increasing rapidly in Cambodia and is met through imports, according to The Cambodia Basic Energy Plan, a document prepared by the Ministry of Mines and Energy with technical support from the Economic Research Institute for Asean and East Asia (ERIA).

The Cambodia Basic Energy Plan says quality specifications of petroleum products have not been established, so there are variations in the quality of imported goods.

KrisEnergy is expected to extract Cambodia’s first drop of crude oil late this year or early 2020. However, that oil will not be refined in Cambodia due to the lack of infrastructure, so it will have to be sold to foreign markets.