Unions and employers have proposed starkly differing figures of what the minimum wage for garment and textile factory workers should be next year.

Minimum wage negotiations between employers, the government and unions began on August 29 and are expected to end before September 25.

After their latest meeting on Friday, the National Committee of Minimum Wage at the Labour Ministry issued a statement noting that unions have demanded $199 and employers $184.

Labour Ministry spokesman Heng Sour said the $15 gap will need to be closed during another meeting scheduled for this Friday.

“Both parties came up with different figures. They have different reasons based on seven evaluating conditions we agreed upon earlier,” he said. “I believe both parties are now figuring out ways to reach a conclusion at the upcoming meeting.”

Mr Sour noted that the ministry acts as a mediator between the two parties and that it is not strange to see starkly different initial figures proposed.

Far Saly, president of the National Trade Union Confederation, yesterday shared documents presented at the meeting showing how unions and employers are justifying their proposed figures.

According to union projections, workers will spend 3.5 percent more of their monthly wages on costs of living next year.

The documents also showed that unions recorded a one percent increase in enterprise profitability, while employers recorded a 0.5 percent decrease.

Pav Sina, president of the Collective Union of Movement of Workers, said unions want the minimum wage to be almost $200 because of these factors.

“Even if the workers receive $17 more, their living standards will still be bad,” he said. “The $17 increase will not give them better living standards…but we are still demanding this because of inflation, productivity and the job market.” 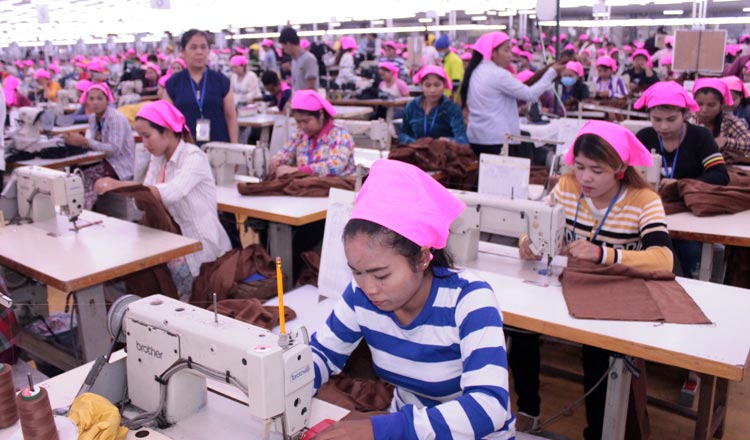 He noted that the proposed figure does not include an additional $5 the government usually places on top of the final minimum wage figure.

The Garment Manufacturers Association of Cambodia last week urged the government not to again tack on the additional $5, arguing employers cannot shoulder the financial burden, especially as more social security schemes are set to kick in next year.

Mr Sina said garment and textile factory workers are on edge as they fear negative changes to their industry due to action being taken by the European Union, which is reviewing the Kingdom’s trade status.

“We are helping them with a higher wage because of uncertainties posed by [the possible suspension of] the Everything-but-arms trade scheme,” he said.

Kaing Monika, deputy secretary-general of GMAC, could not be reached for comment yesterday.