Concrete jungle and the vanishing species

THE tropics are where we live, with huge and petite trees which have been standing around us for century upon centuries. Ever walked through the streets of Phnom Penh, without umbrella protection? It can really get hot under the collar. Green oases are fast disappearing in the name of concrete development as the city population explodes, leaving behind only rows of trees and shrubbery lining the streets.

The bountiful number of trees scattered around the streets has made Phnom Penh more liveable and cool, thanks to municipal efforts. Phnom Penh is blessed with enormous tree shade. But the coin has two sides.

While some municipals actively try to keep green, some nations are numb to the vanishing specie – trees in their own cities. Construction of building upon building, widening roads and establishments popping up everywhere.

Some 3.5 billion to 7 billion trees are cut down each year. Also due to timber harvesting (37%), agriculture expansion (28%), wildfire (21%), construction of road for resource mining and extraction, pipeline, and power lines (12%) and expansion of transportation networks via roads (2%). (Source: IntactForest.org) 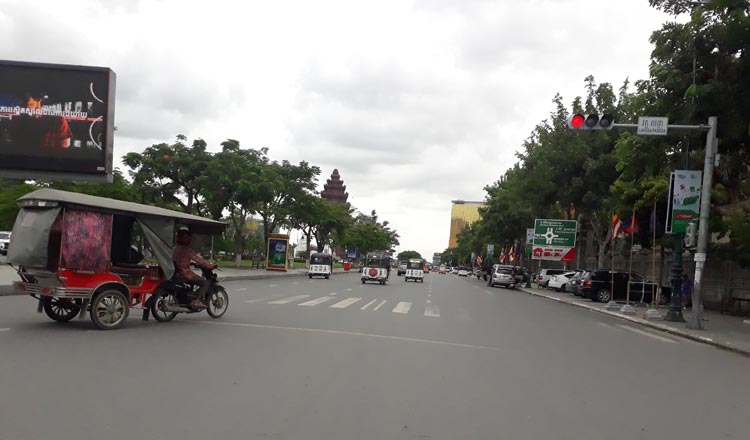 A wildfire is still raging in the forest of Amazon in Brazil, the world’s biggest rainforest which has lost 20 percent in the last half century, which is also known as “Lungs of the Earth”.

This fire has been burning for the past three weeks already, and has burned a huge amount of land in the Amazon Rainforest. According to (source: Rishabh Wadhwa) an Indian Blogger. This fire is largely caused by the farming practice of slash-and-burn to create fertile soil.

Deforestation and forest loss diminishes biodiversity, loss of carbon sinks and rise in climate change, and land rights or livelihood of people indigenous to the forest. Trees have been man’s companion since the beginning of time, yet man is the reason for it disappearing.

Nature has its own payback to trees lost – run-off leads to flooding. What we need to understand is a missing forest canopy when trees are felled, which leads to temperature swing that kill plant and animal life.

Come a day, when we fall in line and pay just for sitting under an extinct tree, buying bottled oxygen, when robotic teachers explain to students what a tree is.

This frightening scenario of the apocalypse will come to pass if we keep on timbering and leaving a trail of furniture to disposal chopsticks and toothpicks.

In a city of metal and concrete, we have to keep and grow more trees in dedicated parks for the sake of Generation Alpha (born 2013-2030). In some countries like the Philippines, its government has approved in the House and sent to the Senate for action a bill called “Graduation Legacy for the Environment Act”, whereby before graduation, each student must plant 10 trees. This law is an opportunity for Filipino youths to help climate change and keep a greener environment for the generations t come.

Appreciate the value of the trees, especially foliage in the city. Help water them. Appreciate trees, because when they are gone, we will have no oxygen to breathe.

It takes a generation for a single tree to mature. The vanishing forests –500,000 square miles were lost between 1990 and 2016, larger than South Africa — still cover some 30 percent of world land area, says the World Bank.