Musician Rith Roeun, armed with his two-stringed Khmer guitar, the high pitched Chapey Dong Veng, took over the stage at the National Museum last Thursday, when he staged a matinee play in the Spoken Theatre – “The Chapey’s Man”. Rith Roeun, playing to the public, portrayed the tale of the national heritage – the Chapey Dong Veng.

FOR 28-year-old Rith Roeun (photos), he has spent more than decade to study the technique of playing Chapey and recently committed himself to the Khmer traditional play. “The Chapey’s Man” depicts the story of a young man’s vow made to his grandfather. 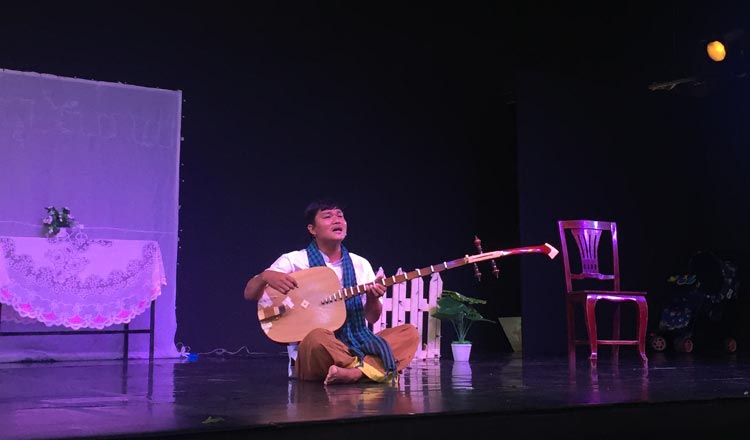 “I have been fascinated in the variety of humorous speech of Chapey since I was young. The childhood memories I sat with crowds under the oak tree, listening to the singing tale by old folks in my hometown, is still vivid in my memory,” said Rith Roeun who is going to perform the full play in an upcoming event–Art For Peace in September.

“I always dream of holding this instrument,” said Rith Roeun “but now I’m not only holding it but also get a golden chance to play in front of many people.” 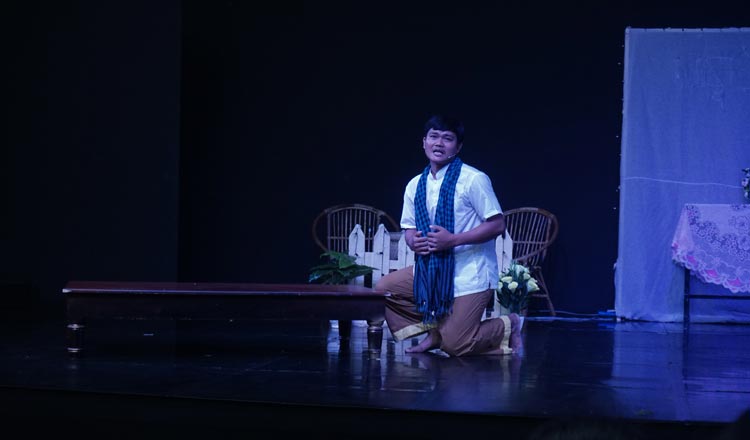 With none of his family taking any interest in playing the instrument, a national treasure, Rith Roeun was the only child in his generation who made headway with Chapey Dong Veng.

“None in my family are into the musical instrument. I was the only child in my family who learned it,” said the first child of six siblings. 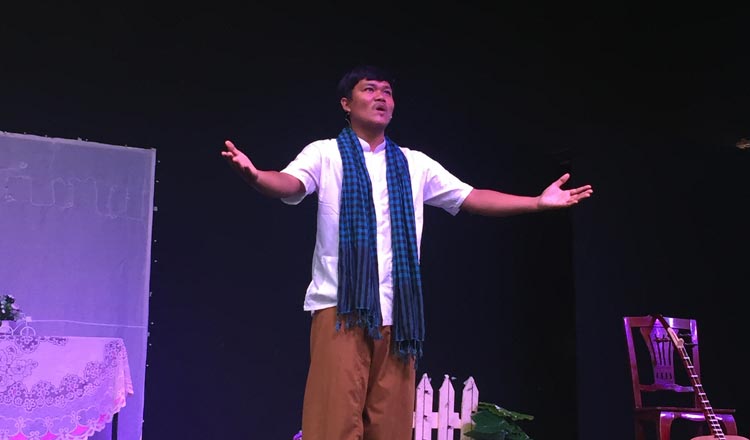 Due to his dedication to preserve the Khmer instrument, Rith Roeun made his commitment to come to Phnom Penh to audition for the Spoken Theatre for the special solo-role to play the multi roles of “Chapey man”.

“I was seriously scared as I was the first to be chosen to perform in this role,” said Rith Roeun who made the debut his first solo performance in the Chapey’s Man in Spoken Theatre.

Before the performance, Rith Roeun has been training for four months.

“Playing Chapey Dong Veng is really hard. There are many tricky parts but I am committed to master this instrument one day.” 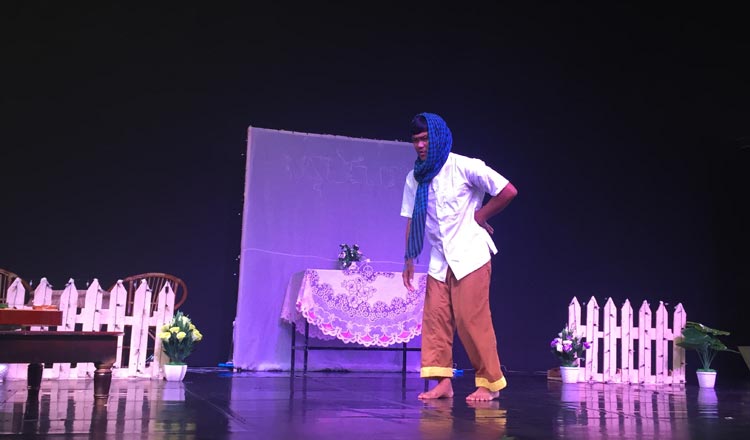 “Because there are many protagonists in this show, as a solo figure in this performance, I need to change between one role to another.”

As the courageous musician waxed lyrical on the stage, the audience clapped in synchrony as Rith Roeunable managed to orchestrate the people to go with the flow of his story-telling.

“The truth is it was nerve-wracking but I was able to act out the tale of my story.”

A picture is worth a thousand words

Temple of his mind is art: A self-taught artist puts his words to canvas or the wall