According to a joint statement, the agreements signed were a Memorandum of Understanding on Tourism Cooperation and an  Agreement on the Avoidance of Double Taxation and the Prevention of Fiscal Evasion with Respect to Taxes on Income. 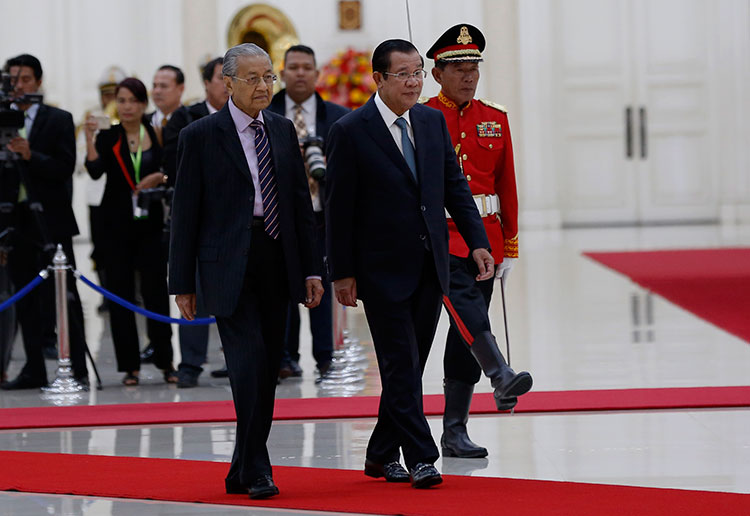 It said the two leaders also exchanged views on regional and global issues, such as counter-terrorism, the South China Sea and cooperation among Asean member states.

It noted that both leaders also shared views on economic partnerships.

“The leaders shared views that the Regional Comprehensive Economic Partnership will contribute to regional economic integration and growth, as well as in safeguarding the multilateral trading system,” it said. “[They] expressed the need to conclude this agreement within this year.”

Following the signing, both leaders held a press briefing, where Mr Hun Sen urged the Malaysian government to pay attention to Cambodian maids working in Malaysia.