Home - A look at the garment industry: Q&A with GMAC’s Ken Loo

A look at the garment industry: Q&A with GMAC’s Ken Loo

The garment industry remains an important driver of the country’s economic growth, representing more than 60 percent of Cambodia’s total exports, excluding footwear and travel goods. Insiders, however, argue the industry is under threat as the minimum wage keeps rising but productivity growth lags.

With negotiations to review the minimum wage starting later this month, Khmer Times’ May Kunmakara sits down with Ken Loo, secretary-general of Garment Manufacturers Association in Cambodia, (GMAC) to discuss the development of the sectors and the main issues affecting it.

Mr Loo: The global garment industry has enjoyed a compounded annual growth rate of about 4 percent in the last three to four years. It was valued at $860 billion in 2018 and is forecast to grow at the same rate in the next few years.

Cambodia’s garment industry saw a similar growth up to last year, with exports valued at over $7.5 billion.

Unfortunately, there are signs that growth might decelerate this year. The value of our exports in the first semester of this year dropped by 0.5 percent driven by a decrease in exports to the European Union, our main market.

Although we are still experiencing solid growth in other markets like the United States, Canada, and Japan, we face many challenges. The most serious one is the rise in the minimum wage. It has tripled in the last six years and by now has reached a level at which it is eroding our competitiveness. 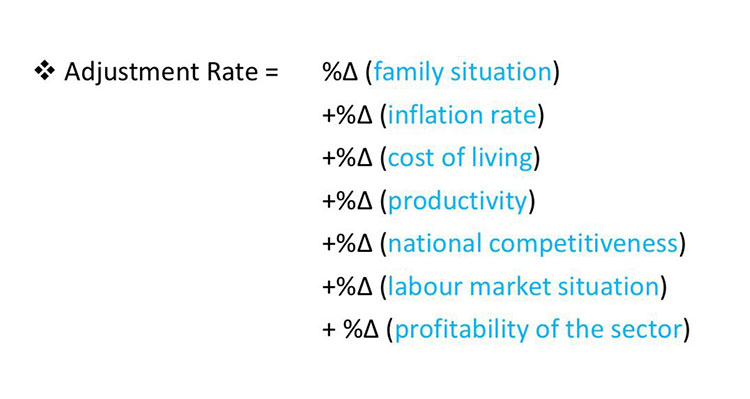 KT: Cambodia has seen remarkable growth in the footwear and travel goods sectors recently. How do you compare the performance of these two sectors against garments?

Mr Loo: Cambodia’s exports of footwear reached more than $1 billion last year. It has picked up quickly with an annual growth rate of about 20 percent in the last few years, as buyers have gradually shifted orders out of China. Cambodia is the main beneficiary of this trend, together with Indonesia and Vietnam.

The travel goods sector has grown strongly since July 2016 when we received duty-free privileges from the US as a result of lobbying from the Ministry of Commerce and GMAC. Exports have grown from slightly over 50 million in 2016 to approximately 560 million last year. We expect that exports in travel good products will exceed 1 billion this year.

The number of factories has also grown tremendously from about 16 in 2016 to more than 60 this year. While footwear and travel goods are higher value-added sectors, garment is of lower value.

When wages go up, garment producers are the first to be hit, especially because Cambodia is just a production base – a cost-based country. Growth in our garment sector has slowed down in recent years and is likely to decline this year as signalled by the data of the first semester. Rising wages and the threat of suspension of the Everything-but-arms scheme given by the European Union is surely the main cause.

KT: Data still shows that, overall, exports continue to grow. What are the factors enabling this growth? What are some of your other main concerns regarding the future of the industry?

Mr Loo: The value of exports in the sector has continued to grow at about 10 percent for the past three years. Much credit goes to the growth in the travel goods sector. Of course, growth in the footwear sector is also a major contributing factor. Growth in garment exports has been relatively stable and looks like it’s going to decline this year. Our main concerns are still next year’s wage increase and the EBA issue. KT: Do you think the minimum wage in the garment sector is rising at the right speed as to avoid negative impacts on the industry?

Mr Loo: The minimum wage has tripled over the past six years, from $61 in 2013 to its current level of $182. The problem is that productivity growth has not been able to keep up with this pace. This doesn’t even take into account the minimum compulsory allowance of $17.

This trend cannot continue. To remain competitive, the minimum wage growth rate must be much lower. Sustainable wage growth is only possible if productivity is also increasing. We must be careful and ensure that any further wage increases are matched by corresponding gains in productivity and improvements in efficiency levels.

The negative impact of the wage rise is not limited to our sector. It also affects SMEs, a sector that the government is trying to support. The coming pension fund payment, which will come online by the end of this year or early next year, will be another blow to factories.

KT: Vietnam is often used as a benchmark to measure the competitiveness of Cambodian garments. Why is this so? Why not use Bangladesh, Indonesia or Myanmar?

Mr Loo: Vietnam is our closest competitor because both countries are producing similar apparel items. We are also neighbours and hence it is easy for buyers to move orders from one country to the other. We are also very similar in terms of our current stages of economic development, although Vietnam is more advanced.