Prime Minister Hun Sen has ordered members of the military and police forces who hold the honorary title Oknha, which translates to tycoon, to choose between their state positions or private titles.

Mr Phal Virun said the ultimatum was especially made for members of the armed forces.

“What Samdech Prime Minister ordered during the meeting is for all individuals to choose between the Oknha title and their position in the armed forces,” he said. “Some generals or colonels in the National Police, Royal Cambodian Armed Forces, and military police have Oknha titles. They now must choose.”

In 2017, Mr Hun Sen, who was president of the CPP, issued a sub-decree noting that anyone who wants the tycoon, or Oknha, title will need to contribute at least $500,000 to the government.

Mr Phal Virun said the Defence and Interior Ministries are required to submit a list of tycoons working under each ministry to the Prime Minister’s office.

“This measure is effective immediately,” he said. “Those names must be reported to Samdech Prime Minister […] we will end this issue.”

“I think that it’s a very good measure – we must be equals,” Mr Phal Virun added. “This is the best way to achieve equality and disconnect any conflict of interest.”

Mr Phal Virun said that the process is not difficult, but King Norodom Sihamoni will need to issue a Royal Decree for those who are willing to relinquish their tycoon titles.

“They need to choose whether they want the tycoon title or position,” he said. “The procedure is not difficult, a Royal Decree will end it.”

“In the beginning, we thought the tycoon title was meant for generous people who donated money to support the nation, and it was right for the time,” Mr Phal Virun said. “But now, we can no longer do it like this because of conflict of interest.” 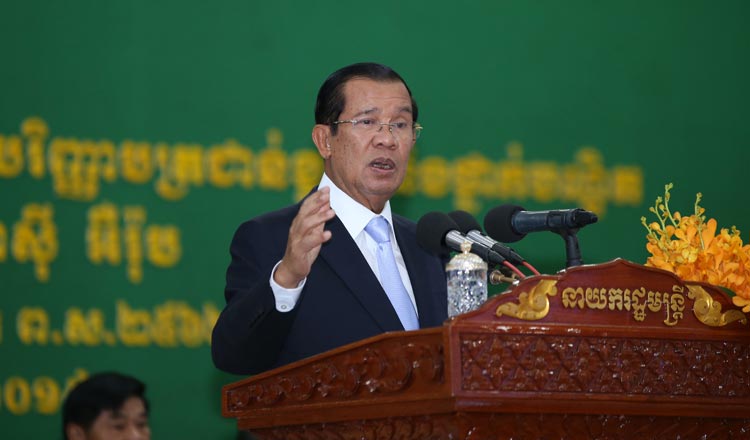 Some tycoons in Cambodia have made headlines recently. Well-known timber traders and tycoons Soeng Sam Ol and Kong Kroeng were charged with forestry crimes after they were arrested for allegedly running large-scale illegal logging operations in Mondulkiri and Kratie provinces. Both men were reportedly RCAF officers.

“They are not only facing jail time, but they face losing their properties,” he said. “Samdech [Hun Sen] pays attention to negative issues.”

“He demanded our officials to double their efforts in serving people,” he added. “It means that they must be loyal to the people and the nation. They must eliminate their negative behaviour and be close to the people.”

“The decision of the Prime Minister is appreciated,” he said. “We also want to see the procedure of getting a tycoon title be made clear in order to avoid the practice of paying for a title.”

EU ambassador hopes for positive response from government over EBA