Outgoing EU Ambassador George Edgar met with Prime Minister Hun Sen yesterday, when he finalised arrangements to officially announce a $100 million grant for the Kingdom’s fishery sector amidst a review of the Kingdom’s trade status.

Kao Kim Hourn, delegate minister attached to the Prime Minister, said plans were finalised for the agreement is to be signed tomorrow.

“Mr Edgar said the EU will announce the nearly $100 million grant for assistance in the fisheries sector this Wednesday,” he said, adding that Cambodians rely on fish for food security.

These achievements include support of the Cambodian Climate Change Alliance, which is an approach to promote climate resilience in agriculture and infrastructure development.

The meeting came as the European Union reviews the Kingdom’s access to the EU market under the Everything-but-arms trade scheme.

When asked whether he discussed the EBA with Mr Hun Sen, Mr Edgar said: “We covered the full range of issues in the bilateral relationship” and declined to provide more details.

In February, the European Commission launched a six-month monitoring period due to perceived democratic setbacks in the Kingdom.

Last week, the EC ended its monitoring period and will now spend the next three months drafting conclusions after the government submitted a report to the EC detailing efforts made to improve human rights in the Kingdom.

Mr Edgar said after the report was submitted that a decision over the EBA will be coming in February 2020.

“The conclusions [made over the next three months] will be shared with Cambodian authorities, who will have one month to respond,” he said. “Following that, the commission will make a decision by February 12, 2020, as to whether or not to suspend part or all of Cambodia’s access to EBA preferences.”

A spokeswoman for the EC told Khmer Times over the weekend that a number of other parties, including businesses, trade unions and civil society organisations, also submitted their opinions. 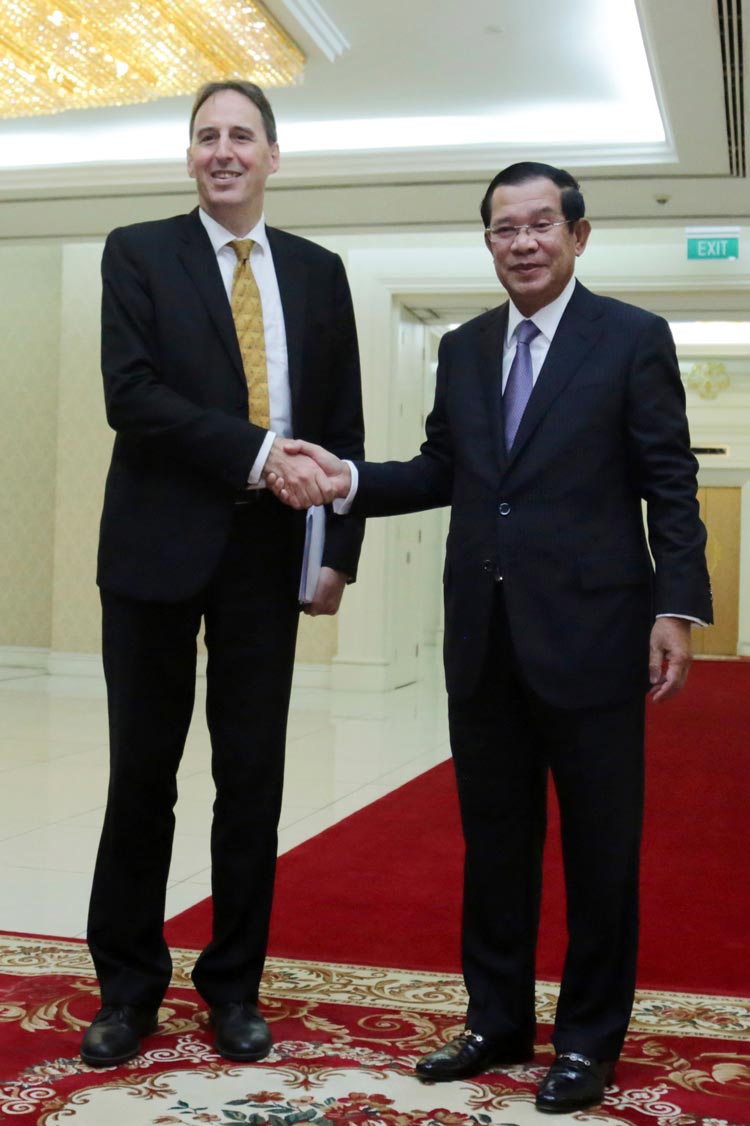 “The EU will now assess all information received,” the spokeswoman said. “The responsibility for taking action to ensure Cambodia [complies] with the United Nations and the International Labour Organisation, […] lies with the Cambodian authorities.”

“They will have the opportunity to comment on the commission’s preliminary findings before the commission formally concludes the procedure by February 2020,” she added.

In 2018, exports of textiles and footwear, prepared foodstuff, vegetable products, and bicycles represented 97 percent of Cambodia’s exports to the EU.

Most Cambodian exports (99 percent) are eligible for EBA preferential duties.