After months of competition, the Cambodia International Debate & Public Speaking Championship Series (CamDEBATE) named its champions for 2019 at the Final Round on 11 August at the Institute of Technology of Cambodia (ITC) witnessed and congratulated by an audience of over 1,200 including students, parents and leaders in education, business, government and civil society.

CamDEBATE is a premiere platform for professional development in debate and public speaking in English. Underwritten by IDP Education, a world leader in international education and student placement, CamDEBATE aims to cultivate a healthy culture of dialogue and the sharing of different perspectives to foster understanding, friendship and knowledge among young people in Cambodia. 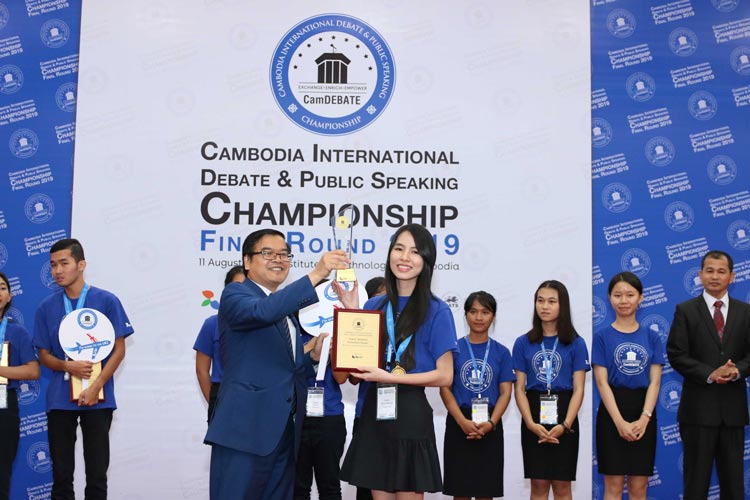 “Introduced for the first time in Cambodia, CamDEBATE 2019 received more than 700 applications representing six different nationalities, including Cambodian, Chinese, Thai, Filipino, Malaysian and French from over 100 schools and universities. The competition took place over four rounds: 529 contestants in the Audition Round, 192 for the Elimination Round, 40 for the Semi-final Round leading to the top 20 finalists in the Final Round”, said Mr Mao Sreng, Country Director, IDP Education (Cambodia) and CamDEBATE Convener

Throughout the rounds, the judging panels accumulated to 96 judges, many of whom represented CamDEBATE venue partner institutions including the American University of Phnom Penh, Paññāsāstra University of Cambodia, Norton University, CamEd Business School, Western University and the Australian Centre for Education (ACE). 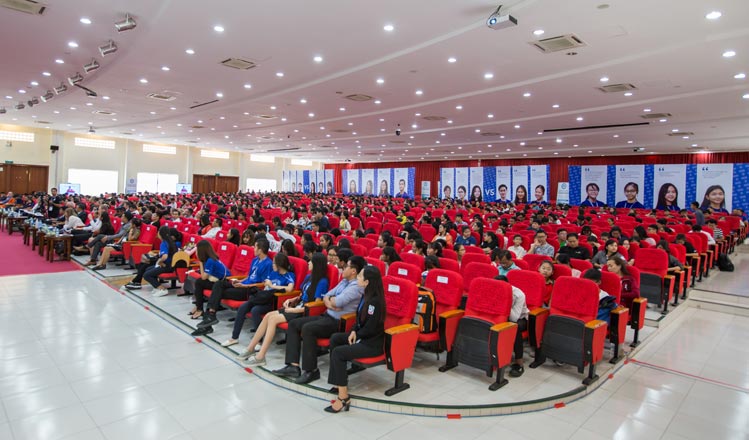 “I was very impressed with the contestants’ capabilities and bravery to speak publicly and express their ideas about important challenge and solution on relevant topics in society. CamDEBATE is a platform that encourages youths to better understand issues around the environment, social and economic development and education”, said HE Youk Bunna, Secretary of State, Ministry of Civil Service and Director of the Royal School of Administration and a CamDEBATE Final Round Judge. 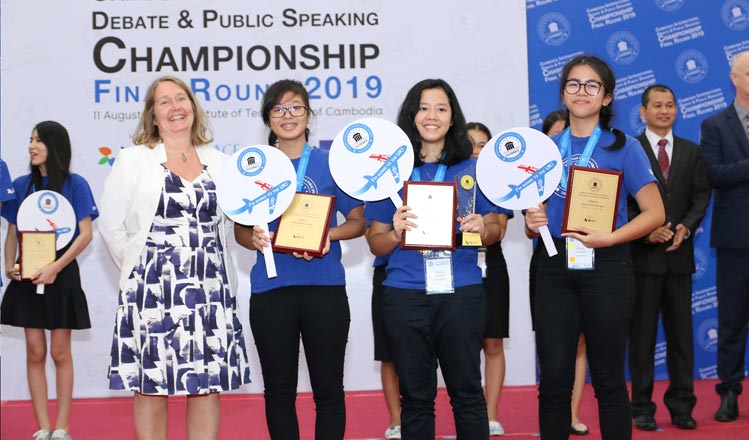 “CamDEBATE has proven to be a platform for young people to enhance their public speaking and debate skills through various training sessions while having judges look at specific technical aspects of their performances,” said Graham Braddick, Director of Studies, ACE and a CamDEBATE Final Round Judge. 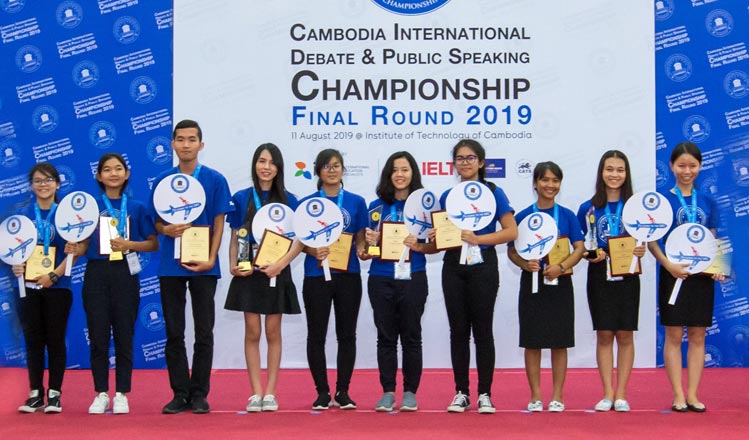 Contestants are upskilled with a special enriching program throughout the competition process. The ten winners are awarded a 2-week study tour to the United Kingdom and other prizes. CamDEBATE partner, Cambridge Education Group (consisting of Stafford House, CATS College and ONCAMPUS) will host and enrich their experience in various locations in the UK.

When the British Ambassador to Cambodia, HE Tina Redshaw, was asked to give advice to the Champions headed to the UK for 2-weeks she said, “Enjoy the opportunity to explore the UK. Take every opportunity to speak to people as much as possible and learn about the places you will visit. Try and immerse yourself in British culture”.

CamDEBATE is open to high school and university students and young professionals. For those interested in joining CamDEBATE 2020, go to www.CamDEBATE.org or the CamDEBATE Facebook page.