National Committee for Disaster Management has said today that authorities have evacuated nearly 2,000 families due to flooding triggered by heavy rain. Seven provinces are currently affected.

NCDM spokesman Keo Vy told Khmer Times that as of today afternoon; nearly 2,000 families were evacuated from their homes in the provinces of Ranakkiri, Mondolkiri and Kampot this week due to heavy rainfall. 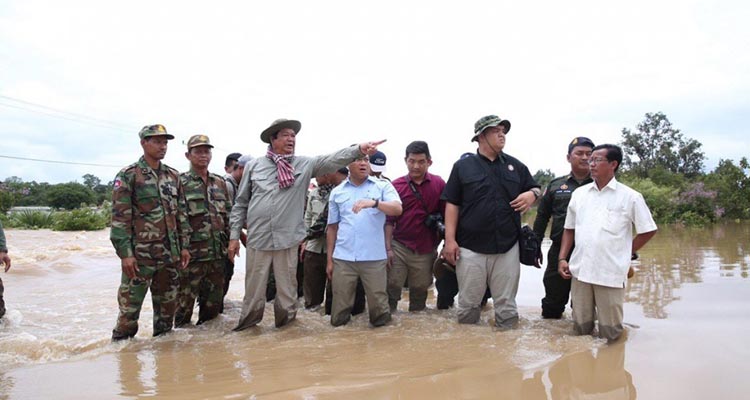 “There are seven provinces affected from heavy rainfall and the most serious flooding is in Preah Sihanouk, Ratanakiri, Mondolkiri and Battambang province.” Mr Vy said, “At least four people died because of floods.”

He said 264 families were evacuated in Kampot province’s Kampot city and Toek Chor district, while thousands of hectares of rice and crop were damaged across the Kingdom. “Authorities are working hard to rescue our people across the country,” he said.

NCDM first vice president Kun Kim, said today prime minister Hun Sen and his wife Bun Rany have donated five million Riel or about $1,250 to the family of a 15 year-old girl who drowned on Friday in Ratankiri province.