Built Better From The Inside Out

When designing the Huanghai N3, we thought about what makes American pickups great. Then, we made it even better.

The outcome was a four-wheel beast that combines rugged good looks with real-world strength, durability, and reliability. True to the American character, the full-size/big Huanghai N3 impresses from the outset with its square and solid design. The front is accented by a distinctive, aggressive grille. Inside, the driver and passengers are indulged by a spacious interior and comfortable amenities. But the star of the show is Huanghai’s modern engine. The N3 is available with four engines including a 2.4 liter four-cylinder petrol engine producing 218hp and 320nm of torque, a 2.4 liter four-cylinder turbo petrol engine and a 2.5 liter turbocharged four-cylinder diesel engine producing 143hp and 340nm of torque. In any configuration, the Huanghai provides the power you need, for work and leisure.

The top view feature of the Huanghai N3 stands out among other traditional pick-ups because of its square and solid design. The car’s large grille in the front of the car has the words “HHN3A” embossed right in the middle. Wherein, the text means “Huanghai N3A” with “A” as a symbol of its standard version. Meanwhile, Huanghai will soon launch the “S” version which means “Sports” since the “S” version is sportier in features.

Without a doubt, Huanghai N3 is a reliable truck you can trust. Because we also value the things that matter to you.

The Huanghai N3 is more efficient, more powerful and hardworking than ever.

You want power? Huanghai N3 has 2.5 turbo diesel with 143hp and 340Nm and a 2.4 turbo petrol with 218hp and 320Nm. Both engines are developed and build by Huanghai with 6-speed manual or 6-speed automatic. The N3 has 2WD and 4WD both has basic and luxury version. So, whether you’re towing, hauling or just heading home, rest assured that Huanghai N3 carries a payload of capability.

The Huanghai N3 is built for action, packed with the toughness you need to get to those places not found on a map. Huanghai N3 is ready to help you take on difficult terrain. So, when the trail gets tough, this truck has the guts to keep things going.

Whether you are in the city or countryside or even in the desert Huanghai N3 is built for action, packed with the toughness you need to get to those places. Huanghai N3 is more efficient, more powerful and hardworking than ever and it’s ready to get you out there. 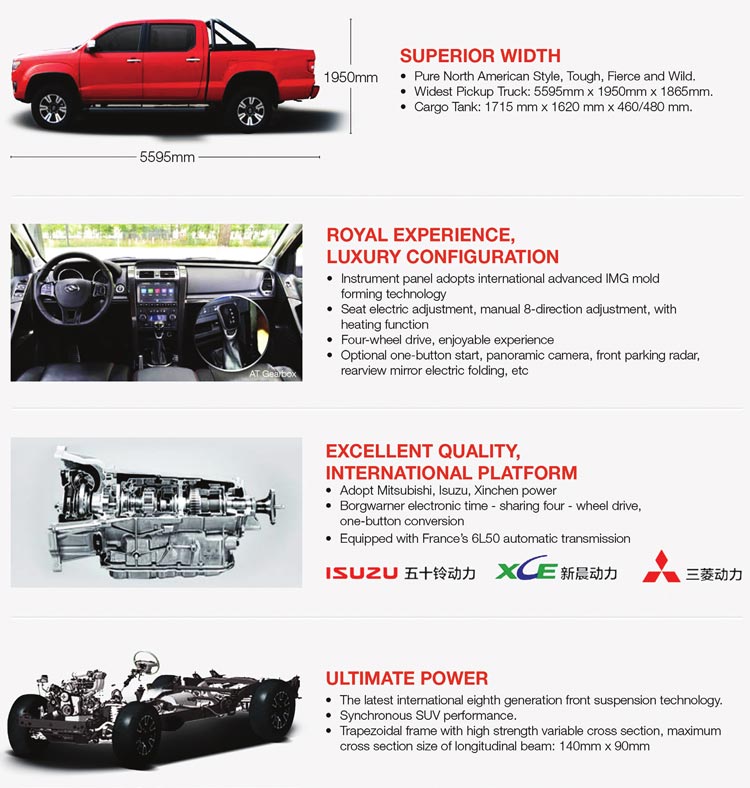 Otherhood: Heartwarming tale that falls short of something new