Speaking yesterday at a military training session at Tbong Khmum province, Lt Gen Manet said the army must be loyal to the nation and strictly implement the government orders. 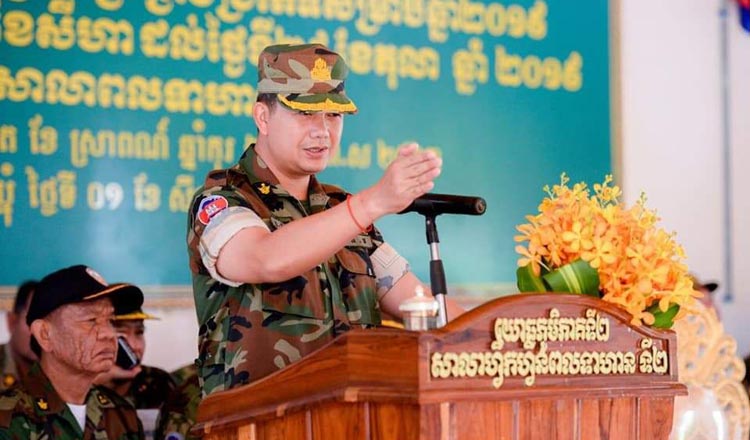 “All soldiers must strive to strengthen their capacity in order to serve our motherland.” he said, adding that regular training would help to strengthen soldiers ability.

He also urged them to set a good example for the future generations. “Soldiers must be strong in all sectors, such as weaponry, spirit and ability.” he added.

Prime Minister Hun Sen last week announced that the Kingdom has spent $290 million on purchasing weapons from China, noting that Cambodia is aiming to modernise its armed forces.