Home - The art of Ultimate Frisbee

The art of Ultimate Frisbee

In Cambodia, Ultimate Frisbee is not yet a popular sport in comparison to football, basketball or other common sports as most people are either unaware of its existence or not knowing how to enjoy the sport. The extent of its popularity may be defined by how it’s being introduced to the locals.

As of now, only a minority of people in Cambodia are playing it and among those is a team known as “SWA Ultimate Cambodia”. They are one of the firsts to introduce Frisbee, play it like professionals and even went further to compete with other Southeast Asian countries. 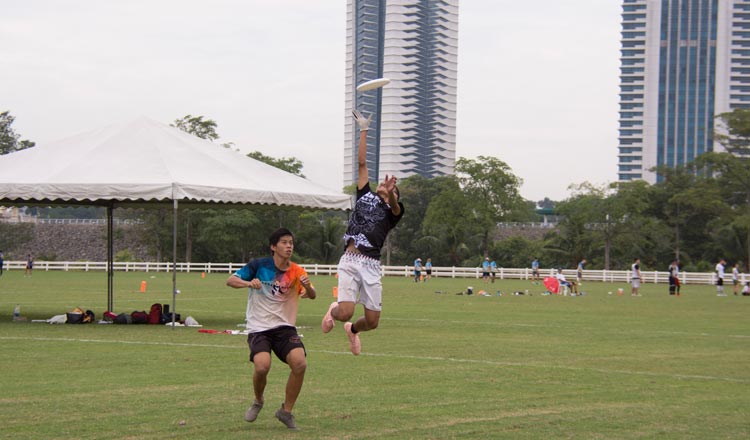 Yoeun Sovannareach, a real estate agent on weekdays and a hardworking coach on weekends, is a frisbee enthusiast for nearly 10 years and a coach for six. This 24-year-old is a regular coach at “SWA Ultimate Cambodia”, coaching over 400 frisbee players over the period.

“I’ve known frisbee since 2010, so approximately nine years ago, but I’ve only been serious about it during the last six years and around the same time, I started organising my own teams. I was first introduced to frisbee by a group of high schoolers from America who came to Cambodia to teach frisbee, so I joined them and since then I was hooked.”

“Playing frisbee enables the players to have free opportunities in building teamwork, possessing leadership skills in decision-making because no one is pressuring them. They are able to sets goals and meet them on their own terms,” said the coach, of the advantages of playing frisbee. 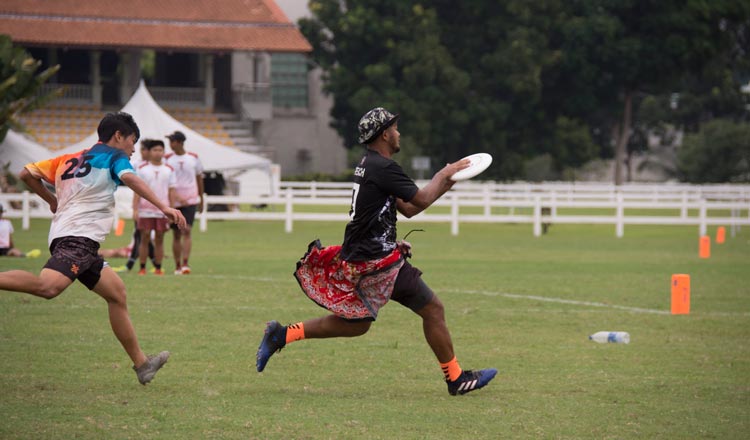 Frisbee, a particular kind of flying disc made for throwing around as sports. It’s round with an average measurement of 8-9 inches in diameter, generally made of plastic and has a smooth surface. Frisbee was first known in the mid-1900s in America then later gain its popularity after many disc sports were invented. The sport is extremely well recognised in the United States and are played by many, including both teenagers and adults.

Typically, Ultimate or also known as the Ultimate frisbee, is played with two teams of seven by throwing the disc from one player to the other. The players aren’t allowed to run with a frisbee in hand and they are required to pass the disc to the next person within 10 seconds or otherwise if they exceed the time limit, it will be considered a “Turn over”, a term used when the disc is automatically return to the opposing team. Each point is earned when the frisbee is thrown and caught at the “Endzone” before it reaches the ground. Generally, a whole game last between 75 to 90 minutes, depending on each individual game and the team players. If having better physique, feeling stronger and gaining essential soft skills are still not enough to persuade you to adopt a habit of playing frisbee, then you might be curious to know that frisbee also proposes the opportunity to travel and meet new people.

“Just earlier last month, we’ve been to Malaysia as the first Cambodian frisbee team to ever compete in the second largest frisbee tournament in Asia and we came in the 4th place. It’s an honour for us to witness such stark improvement. Last year, we won first place in a tournament at Mekong sub-region where we were able to interact with teams from the neighbouring countries who participated as well. It was such a joy.”

Weekly training sessions for beginner frisbee players are available for those who are interested in the sports and would like to try it out, as well as practice games every weekend for regular players. In addition to that, amateur players can take coaching sessions and be part of the frisbee team for free. This is an initiative that Mr Sovannareach had carried out with the purpose of further promoting frisbee and inviting Cambodian youths to start playing different types of sports.

Ultimate Frisbee can be a competitive and physically demanding sport. Players may sustain minor injuries resulting from the game but the same applies for all types of sports, if safeguards are not put in place. But that doesn’t mean it should hold you back from seeking the fun out of it.