Home - Future is now with Animation

Future is now with Animation

The life of an animator can be as fully animated as it can get, when you face somewhat graphic discouragement before you can even get off the blocks as everyone paints a bleak future.

The writing was on the wall but Phann Sokheng (see photos), now a 25-year-old graphic designer with Mega Asset Management Co Ltd, persevered with his vision that animators will rise to the fore one day.

Mr Sokheng recalls that people were cynical about animation as a career when he first started learning art in 2008. Skeptics said animation will lead to nowhere, an unimportant job which does not bring home the bacon. “Young people should keep the future in mind today because every single day, the world is developing,” said Phann Sokheng, who also works with Inkanimation Studio.

The future is in your own hands, to do whatever you love to do and never to be discouraged, he said. It is wiser to listen to your heart, Mr Sokheng recommends, on reflection of his own humble origin.

Critics brushed him off as “an artist drawing on the wall of a pagoda, who cannot even support himself, and surely no bright future”. 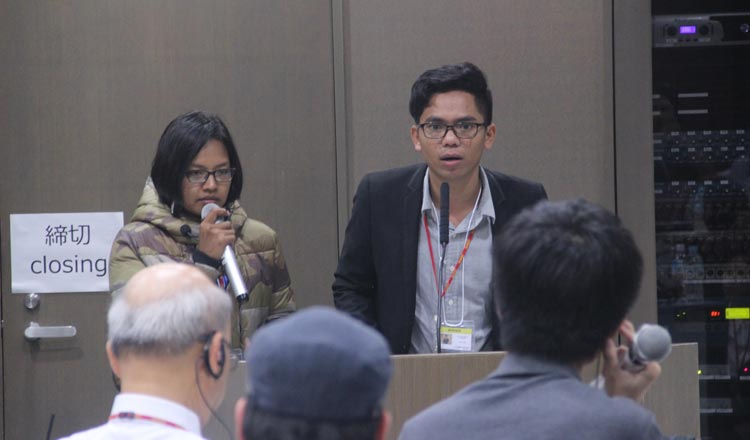 “I heard it all when I first started my learning art but I think differently from my friends, who obviously meant well. I am a person who always dreams of the future, not just the ‘now’. But my father always supported me. He said it doesn’t matter what I learn but it matters if I don’t learn something or any skill,” said Mr Sokheng, winner of last year’s DigiCon 6 Cambodia animation competition.

He then consolidated his credentials with a top 10 finish at the DigiCon 6 Asia Awards in Japan.

Growing up in Ou Takam Bei village, Battambang province, Mr Sokheng is today a graphic designer and also an animator. His roots sprang from 2008-2013 as an artist at the Phare Ponleu Selpak, a non-profit giant art centre, in the Battambang province.

Sokheng recalls his schooling days, where he did not have funds to buy art materials such as paper, pencils, olour pencils and more. 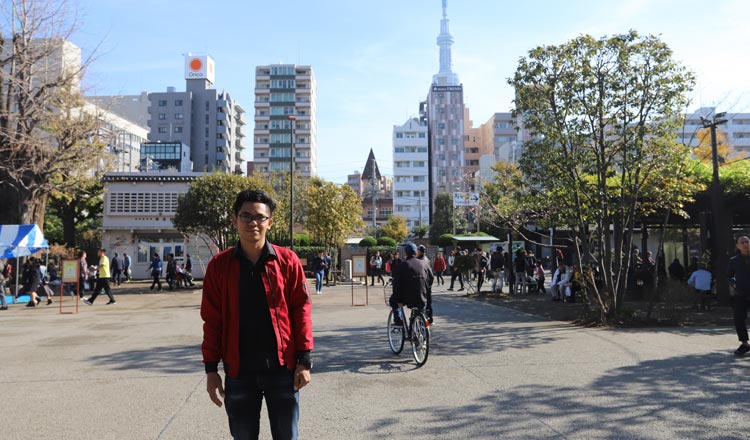 “I would draw on one side of the paper and keep the other for another drawing. I didn’t have money to buy more paper to draw, so I had to save,” added Mr Sokheng. “I sometimes draw images of Angkor Wat or Bayon and other temples to sell.”

As he is fond of keeping abreast with the daily news on television, he soon discovered that animation is a booming career in more developed countries. This fuelled his confidence to study animation in 2014 and he graduated with animation in 2018.

“In that time, I didn’t even know the definition of animation but I thought it was a new skill and not many young people were interested to learn. So I decide to study it because I think our country’s development will make this skill a much sought-after job in future,” Mr Sokheng said, emphasising that he is studying for ‘tomorrow, not for today’. 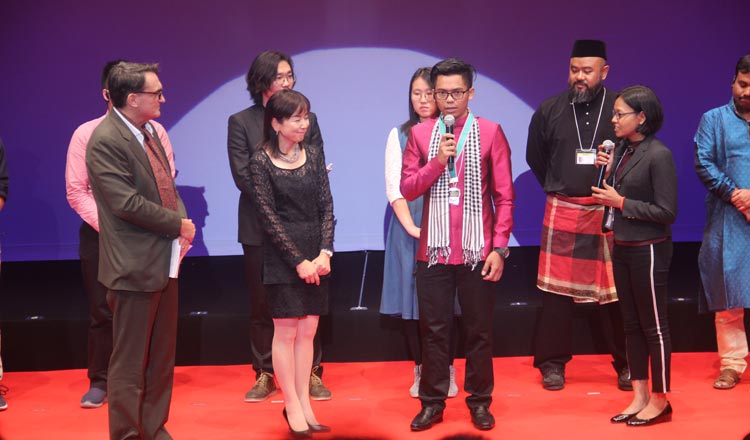 When he took on animation studies, he was faced with new challenges.

“I didn’t have a computer and tablet to work with so I had to do my work with ‘overtime’ at my school. And sometimes I stayed until midnight in school,” Mr Sokheng said.

As these watershed years went by, Sokheng found animation was growing in popular with young people. The steps to fame goes like this: study animation here and to enter for competitions in Cambodia before eventually benchmarking yourself in oversea competitions. 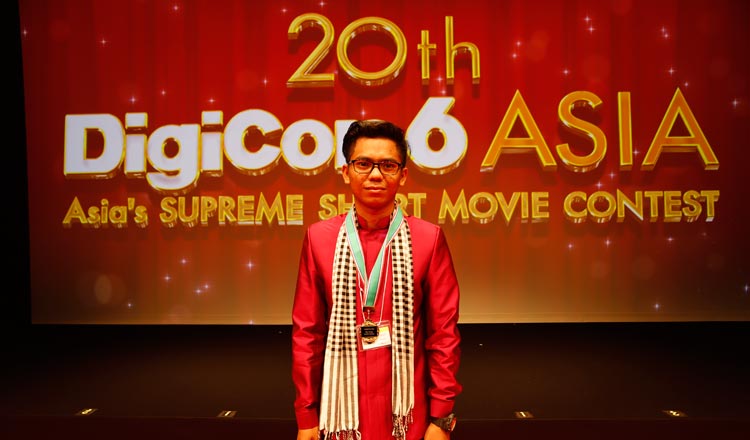 Mr Sokheng explained that “Skill in Animation doesn’t require one to be accomplished in drawing but at least the student must know the basics of drawing and about digital and computer. And to do research about other works (from website, Youtube, etc) but never to copy another piece of work.

“You must learn more about technique and to create your own unique style, and do storytelling through their film.”

Mr Sokheng’s punchline to the new generation of younger animators is to be “original in style and tell own story”.